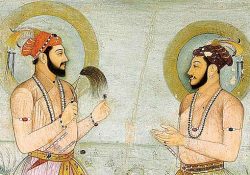 The succession struggles for the Mughal crown were marked by episodes of intrigue, murder, and war, usually culminating in fratricide. The most infamous of these is the tussle between Shah Jahan’s sons. The key facts are well known, of how Aurangzeb defeated his brothers, including the erudite and open-minded Crown Prince Dara Shikoh, and imprisoned his father. Most would even recall the fates of the unfortunate brothers: Dara’s head presented to Shah Jahan on a platter, Prince Shuja and his family perishing in the Arakan, and Prince Murad betrayed and executed by Aurangzeb. The fate of Shah Jahan and the influential Princess Jahanara is also well known. However, another major victim, Dara’s heir-apparent Prince Sulaiman Shikoh, has been largely forgotten. A promising and handsome youth by most accounts, Sulaiman suffered perhaps the most poignant end of all.

Shah Jahan’s illness in 1657 unleashed rumours of the Emperor’s death. Aurangzeb in the Deccan, Shuja in Bengal and Murad in Gujarat each declared himself Emperor and marched to the capital. Dara was governing Awadh and Bihar and he sent Prince Sulaiman (and Raja Jai Singh I of Amber) to stop Shuja. Shuja was decisively defeated in February 1658, but Dara rashly ordered his son to chase and capture Shuja. By this time, Aurangzeb had tricked Murad into an alliance and was at Dara’s doorstep. Against the advice of Jahanara, Dara engaged Aurangzeb without waiting for Sulaiman to return. In the following months, Dara lost multiple battles and fled westwards. 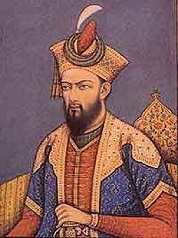 Aurangzeb soon betrayed and imprisoned Murad, gained the support of powerful lords, and crowned himself. Sulaiman was still stuck in the East; he planned to smash through hostile lands and reunite with his father. However, his Rajput allies were now cut-off from their lands in Rajasthan. Also, other notable Rajput lords had pledged to Aurangzeb. Understanding the danger to their lands and families, Sulaiman’s Rajputs switched sides. Aurangzeb also persuaded local authorities to join his side. Left with a small band of followers, the prince turned to the only place he could — the hill kingdom of Garhwal.

The previous Mughal attempt to conquer Garhwal was disastrous; Queen Karnavati had sent back the Mughal survivors, minus their noses. Garhwal was now ruled by Raja Prithvi Pat Shah, who was on good terms with the Mughals. This was due to Jahanara and Dara forging a friendly relationship with Prithvi Shah. This gave the Garhwal much succour, given its incessant wars with neighboring kingdoms of Kumaon and Sirmaur. Prithvi Shah allowed the prince to cross into Garhwal when the latter appealed. Sulaiman planned to race westwards and rendezvous with his father. However, Mughal detachments suddenly appeared at the border and barred the way. Apparently, they were tipped off by the King of Kumaon, Raja Prithvi Shah’s mortal enemy. As more followers abandoned Sulaiman, Prithvi Shah welcomed the friendless prince to his capital and vowed to protect him. In June 1659, Dara Shikoh was betrayed and captured in Sindh. He was branded an apostate, humiliated and brutally murdered. 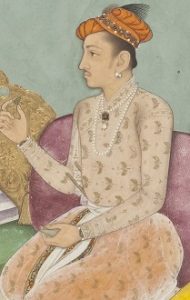 Dara Shikoh was dead, but Prince Sulaiman Shikoh still lived. Aurangzeb had spared the daughters and minor sons of his brothers, but Dara’s heir was a threat. Aurangzeb tasked Sulaiman’s former ally Raja Jai Singh to capture the prince. Jai Singh pressured Garhwal, in alliance with Kumaon and Sirmaur, but to no avail. Accounts vary, but apparently, Jai Singh convinced a senior minister to poison Sulaiman. However, the plot was discovered and Raja Prithvi Shah executed minister. Now, Prince Medini Shah of Garhwal began plotting against Sulaiman; perhaps Jai Singh got to him or he desired to end Garhwal’s tribulations. In late 1660, Jai Singh sent his son Ram Singh to Garhwal, bearing the Emperor’s dire threats. These new developments, and the emerging alliance of Ram Singh and Medini Shah, forced Sulaiman to attempt escaping to Ladakh. However, he was captured by Medini Shah’s men and handed over to the Mughals. The enraged king now recouped power and Medini Shah was banished — he soon died a refugee in Mughal lands.

Accounts say that Sulaiman’s entry into the court, in chains, made quite an impression. Many were moved to tears at the sight of the fallen prince. Apparently, even Aurangzeb softened and offered to spare Sulaiman. The prince stoically replied that if Sulaiman Shikoh is a lingering threat, he should be killed immediately; he also requested that he would not be left to rot in some prison. Perhaps miffed by the rebuff, Aurangzeb did not grant the wish. Sulaiman Shikoh was thrown into a dungeon in Gwalior Fort. An opium-based poison was administered everyday so that the prince would descend into madness and infirmity. Many months passed, but Sulaiman Shikoh somehow did not deteriorate. In May 1662, Aurangzeb resolved to end the threat forever and ordered his men to strangle the prince. Thus ended the life of the intrepid, but unfortunate son of Dara Shikoh.