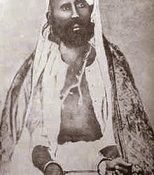 The Great Indian Rebellion, lasting from May 1857 to July 1859, was not uniform in scope or strength. A dozen rebellions erupted at different regions at points of time, with varying levels of vigor and efficacy. The rebellion in Central India, commencing after the rebellion subsided in the north, is mostly remembered for Rani Lakshmibai of Jhansi, who fell fighting in Gwalior, on June 17, 1858.  However, the Central Indian rebellion did not end there. It continued under the brilliant Tatya Tope, a rebel leader whom the British soon recognized as a supreme threat. This court official, who possessed no military experience before the rebellion, outfoxed the British many times before falling to treachery.

Tatya Tope was born Ramchandra Panduranga Yewlekar, into a Deshastha Brahmin family, in a village in the Maratha dominion, in 1814. “Tatya” was a childhood nickname and “Tope” was a moniker he earned as a young official in Nana Saheb’s estate. This “court in exile” was in Bithoor near Kanpur, where Nana Saheb’s adoptive father, Peshwa Bajirao II, was exiled following Maratha defeat in the Anglo-Maratha Wars. Tatya Tope was at the forefront with Nana Saheb when the rebellion erupted in Awadh in June 1857. Despite initial victories, the rebels were ultimately no match for the British Army in the northern plains. By end of 1857 the British brutally subdued Delhi and Awadh. Nana Saheb fled to Nepal where he soon disappeared. Tatya and Nana Saheb’s heir, Rao Saheb, retreated to Kalpi, southwest of Kanpur. In the battles in Awadh, Tatya Tope displayed natural skill in military affairs. With comparatively lean resources he inflicted significant damage. He displayed skill in understanding enemy maneuvers and launching counter-moves. However, his skills could not overcome British viciousness, resources and organization. The rebellion in the north failed, but it was only beginning in Central India. Tatya Tope would be in the thick of these events also.

In January 1858, the Rani of Jhansi launched her rebellion and sought help from Tatya Tope. After all, she had spent her childhood in the Bithoor court. Tatya mustered a large force and sped towards besieged Jhansi fort. However, British tactics and superior artillery prevailed, and the Rani and Tatya Tope fled Jhansi. The relentless British gave chase and defeated the rebels in Konch and Kalpi – it was Tatya’s leadership that saved the rebel army from annihilation. Rani Lakshmibai and Tatya Tope now approached Gwalior, which was on the British side. Tatya persuaded Gwalior’s soldiers to defect and her ruler fled. The rebels regrouped in this strong fort. This rebel confederacy was presided by Rao Saheb, but he was an ineffectual leader. Nevertheless, out of loyalty Tatya served Rao Saheb.

A massive British attack on Gwalior in June 1858 quickly overwhelmed the rebels: Rani Lakshmibai was killed countering an incursion. Tatya’s cohorts were also crushed by waves of British troops. Tatya Tope and Rao Saheb split up and went in opposite directions – Tatya was now free to fight in his own terms. His small but highly mobile force drew the British into a cat-and-mouse game all across Central India. He adopted guerilla tactics and avoided open battle. He mobilized popular support in many regions and convinced some minor chieftains to support the rebellion. In some cases, he overran hostile territories and charged fines on the defeated. Tatya Tope soon possessed a 15,000 strong force, which he used to good effect. The British sent expeditions to capture Tatya who always outmaneuvered them, but not without losses. However, the cost to the British escalated. Contemporary authors and even press reports in London noted the astonishing efficacy and the speed of Tatya Tope. It is believed that Tatya Tope planned to spread the rebellion deep into hitherto quiet Deccan, which the Marathas once dominated.

The end came when a close comrade betrayed Tatya Tope, in return for amnesty and restoration of his lands and titles. Ambushed and captured on April 7, 1859, Tatya Tope was taken to a drumhead military court. No defense was offered but Tatya produced a matter-of-fact report of his actions. He denied any role in British civilian massacres. He also challenged the sedition charges, declaring that had never accepted British authority and that he was following his true lord, Nana Saheb. The military court pronounced the death sentence regardless; on April 18 Tatya Tope was publicly hanged in Shivpuri.

Rani Lakshmibai might have captured the public imagination, but Tatya Tope was the more potent force in Central India – a fact the British understood very well. If not for his deceitful capture, the British could have faced a protracted insurgency in India’s heartland. Tatya Tope might not have brought down the British Raj – or even revived the rebellion – but the trajectory of Colonial India would have been rather different if his rebellion had continued for long.

PS: This is my article in DNA published on January 27, 2019. Here’s the link to the original article. 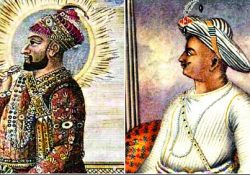 Britain’s conquest of India (1740s-1840s) was made possible through her unchallenged naval power. Without any Indian fleet to intercept them in the high seas, the British could do much mischief in her wars of conquest. The Mughal Navy was once respected, till the Empire unraveled after Aurangzeb’s death in 1707. Between 1691 and 1756, the Maratha fleet, despite having no ocean-going large warships, held sway over large parts of India’s Western coast. With their numerous small littoral vessels, the Marathas successfully countered foreign and Indian powers. However, naval warfare evolved and by the mid-18th century the British became the master of India’s seas. In 1756, the East India Company’s (EIC) fewer but bigger and more modern “Blue-Water” (ocean-going) warships sank most of Tulaji Angre’s ships, off Vijaydurg in Maharashtra. Tulaji Angre was the successor to the great Maratha Admiral Kanhoji Angre and this defeat marked the end of Maratha naval power. Tulaji had recently started making bigger warships, but the few such ships he had built could not match British warships. Mysore, under Haider Ali and Tipu Sultan, set out to create a Blue-Water navy that could challenge the British Navy in the high seas. However, events beyond the Kings’ control and lack of resources wrecked this ambitious enterprise.

In 1763, Haidar Ali started building a sizeable navy. He realized that British dominance over Indian waters must end. This would open communication lines with the French (who had agreed to support Mysore’s wars against the British) and increase Mysore’s maritime trade. Otherwise, it was just a matter of time before British naval power ensures Mysore’s end. Haider Ali soon built littoral warships, transport ships and recruited mercenary European sailors. Ali Raja, the Moplah king of Arakkal in Kerala, became Haidar’s admiral. However, he was soon dismissed for invading the Maldives and blinding her Sultan without permission. Haider’s next admiral was an English mercenary. When the First Anglo-Maratha war began in 1767, the British attacked Haider’s ships and ports. Unfortunately, Haidar Ali distrusted his European officers and appointed a cavalry officer as the Admiral. This alienated the Europeans commanders and they promptly deserted to the EIC along with their ships and crew. This gutted the Mysore navy, but the war ended before Mysore faced the full might of the EIC Navy.

The Franco-American Alliance following the American Revolution led to another Anglo-French war. Mysore, an ally of France, was also drawn into this global conflict and the Second Anglo-Maratha War erupted in 1780. Haider Ali set to rebuild his fleet. For this he tasked a Dutchman named Joze Azelars, formerly of the Dutch East India Company. In a few months the Dutchman designed and built multiple warships. He also improved Haider Ali’s ports and maritime defenses. However, Azelars was obstructed at every step of the way by jealous courtiers and officers. He also faced a lack of building material, skilled shipwrights and engineers. In 1782, a powerful French fleet with 15 large warships and other vessels sailed towards India from French colonies in the Indian Ocean. This was a game changer: this war-fleet could destroy the British fleets operating in the region. There were also 2500 French marines on board, who could join Haidar Ali’s campaigns. This could put British existence in South India in jeopardy! However, the French Commodore failed to destroy British fleet.  The union with Haider’s budding navy and army – where knowledge and resources could have been shared – did not happen. This chance was lost forever when the Treaty of Paris of September 1783 led to cessation of hostilities: the French fleet returned to Europe. No comparable French fleet would ever challenge the British in Indian waters again.

Meanwhile, Haider Ali had died in December 1782 and was succeeded by Tipu Sultan.  Tipu knew that another war could break out any time: in 1786-1792, he built 40 warships and many more transport ships. In this period Tipu Sultan was defeated in the Third Anglo-Mysore War. Despite great losses Tipu persisted in his attempts to end British power in India. Tipu created a board of admiralty and ordered the construction of a world-class oceanic navy of 20 battleships and 20 large frigates. Littoral warships could handle the EIC’s ships in the shallow coasts. However, large and modern warships were required for challenging the British high seas warships. Latest advances such as copper sheathing, utilized by both British and French navies, were also adopted. The projected cost of building and maintaining these 40 large warships and other warships was high. The weakened Mysore kingdom could not afford such an expensive program, following the recent wars. However, Tipu was committed to naval expansion and he also reopened communications with the French. This ambitious naval program ended when the British finally killed Tipu Sultan and conquered Mysore in the Fourth Anglo-Mysore War in 1799.

PS: This is my article in DNA published on January 13, 2019. Here’s the link to the original article.