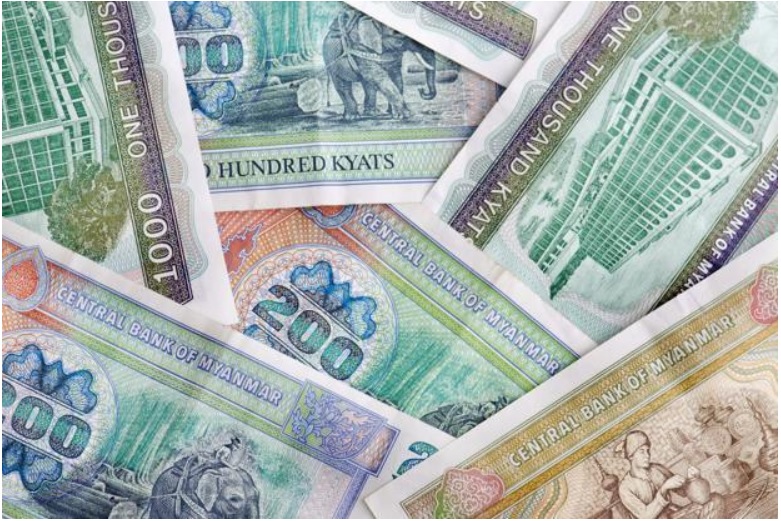 Burma’s colonial experience was bitter. The British hurt Burmese pride and occupied their beloved ‘Suvarnabhumi’. The nature of Burmese society and religion, and the comparatively short period of its colonial experience, prevented the Burmese from integrating with the British Empire. Consequently, imperial Burma saw Indians (and a few Chinese) flood the colony to grab opportunities in this resource rich but under-developed and restive land. The booming population of Indians, and their role as money-lenders and financiers, led to indigenous rebellions from as early as the ‘30s. A largely non-violent but chauvinistic political movement arose, and from this emerged the founding fathers of Burma such as Aung San, U Nu, Ba Maw and Ba Swe. Yet there were millions of ‘foreigners’, ethnic minorities in Burma, serving the Empire, and slowly appropriating the land and forest resources.

The Japanese invasion in 1942 saw many ethnic minorities flee but there were still remnants. Independence led to a self-professed modern, socialist regime which tragically denied entry to returning refugees and formally cast remnant ethnic minorities as second class citizens. This did not lead to a consolidation among ethnic Burmese though—political conflicts erupted repeatedly and culminated in a chaotic split in the Anti-Fascist Peoples Freedom League, Burma’s reigning umbrella alliance, in 1958. Besides the national polity, even institutions such as the armed forces and the Buddhist Sangha were affected. The military, under a grim general named Ne Win who first rose to prominence in the Burma Independence Army during the imperial control, stepped in as a caretaker when the split occurred. Within two years, the army went back to the barracks, handing over power to the elected party. However, Ne Win later launched a coup in 1962 when the new government seemed to be making compromises with minorities, insurgents and communists, in return for eschewing violence. Despite a self-professed ideological core of socialism, one espoused publicly by the leadership, Burmese society had multiple fault lines with a strong strain of paranoid conservatism running through its heart. A mosaic nation was not to the liking of many—this was one reason behind the longevity and strength of the military Junta.

The military Junta declared a “Burmese Way to Socialism” and promised to fundamentally recast Burma. Ne Win ‘graciously’ allowed deposed democratic leaders to run powerful-sounding advisory committees but ultimately the whims of the generalissimo prevailed. In 1974 the junta instituted a sham democracy through a one-party government, headed by Ne Win. Fear of Ne Win’s authoritarian streak made democratic leaders flee or silently acquiesce. As the reins of the country were held by generals who knew little of running a country, ham-handed and ad-hoc decisions became the norm. As with nearly all authoritarian regimes, Burma printed money endlessly to finance their political goals and some showpiece projects—without instituting a proper financial system. This caused money supply and inflation to rise uncontrollably. To grab resources and prove socialistic credentials, the regime executed total nationalization and instituted mindless, debilitating control on all economic sectors. Waves of nationalization broke the back of ethnic minorities as they were historically involved in small business, trade and finance.

The economy, unsurprisingly, plumbed and black markets grew exponentially. The Junta, however, did not pause to reflect. They could not slow down their drive to nationalization everything without losing face and revealing their administrative naiveté. Since they jealously guarded power they could not delegate responsibilities, install a proper financial system, or curtail policies that drove galloping inflation. Something had to give. And the dictator’s mind, molded by years in the military, now seized upon on a blitz-like move. In was meant to be a masterstroke large denomination notes, with which the “evil capitalists and deviants” obviously hoarded their money, would be swept away. The reasoning was as follows: The Indians and the Chinese would be the first casualties and inflation would be halted. Therefore, the people would welcome the move. All deviants who had the gall to live outside the control of the state would be broken. The coterie around Ne Win concurred.

The Demonetisation Act of 1964 declared that all Burmese kyat notes of denominations of 50 and 100 ceased to be legal tender overnight. These notes were to be surrendered to Receiving Centres established all over Burma. Reimbursement would be provided if notes were surrendered within a week. For small amounts, spot reimbursement was promised. For amounts between 500 and 4,200 kyats, ‘timely’ reimbursement was guaranteed. Any amount over K4,200 would warrant further scrutiny and the application of an escalating tax. The Junta’s narrative was wrapped in conflicting themes of divisiveness and social justice. The official declaration of the Central Bank proclaimed that this revolutionary move was designed to remove social evils: “The purchasing power of the vast sums of hidden money which could be used to embarrass the Government and the economy, by unsocial acts of hoarding and speculation of essential commodities (by foreigners and evil capitalists).”

Drawing upon popular perceptions and memories of Indian moneylenders and financiers, the Junta claimed that foreign capitalists (meaning ethnic minorities who were never given full citizenship) had historically accumulated money that belonged to the real people, thus hindering the Burmese Way to Socialism. Ethnic Indians and Chinese, already reeling under nationalization, suddenly found themselves destitute. Most of them decided to leave Burma for good. An overwhelming majority of Burmese Indians were small financiers and businessmen—a far cry from the rich and powerful community of pre-war Burma—and now they were even more wretched. It would take the concerted effort of a number of Indian ministries to bring them to India. The Junta on their part did everything to hasten the emigration of their fellow countrymen.

However, the demonetisation did not impact just the ‘evil capitalists’ targeted by the government. In a predominantly cash economy, demonetisation ruined many ordinary people and small businesses. The Junta had, of course, thrown in sops such as partial or complete amnesty (with punitive taxes) and light sentences. This was done to ameliorate the losses of military political elite and regime supporters who had also entered the money-lending and financing business following independence. All these measures came to nought as agencies tasked with managing the demonetization quickly found themselves floundering. These agencies were never brought into confidence in the first place. Consequently, the spot reimbursement limit was halved within a day of the original announcement. The following day spot reimbursements were stopped altogether. The weak central bank suddenly had to oversee the process, but also had to examine surrendered notes and scrutinize returns.

As the whole circus started to break down, the Junta claimed that the small weaknesses and delays were temporary and for the ultimate benefit of bona fide citizens. The redemption deadline was repeatedly extended and when it finally ended four months later, about 78% of notes was returned. Fear of scrutiny kept away some hoarders but the logistical breakdown meant that many people in rural Burma were unable to change their notes. In the end the 1964 Burmese demonetisation was a dismal failure. The state’s endless hunger for funds resulted in a huge quantum of new denomination notes soon matching the demonetized money. Inflation continued unabated. The greatest consequence was the loss of confidence in the kyat. People returned to holding wealth in the form of precious metals and stones. Coins were hoarded and there was soon an endemic shortage of small change. The atmosphere was rife with rumors of further demonetisations.

The worst, sadly, was yet to come. In 1988, the military junta was essentially rebooted after mass riots and much human tragedy. This crisis, called the “8888 Uprising” was due to two bizarre demonetisations in 1985 and 1987. Once again, the stated main motivations were to curb money supply, and end profiteering and the black market. Inflation, of course, was a perennial bugbear. But this time the narrative also included a new objective: widening the tax base. The Finance Minister stated: “… (the objectives are) to collect taxes from those who engaged in the unscrupulous economic activities…..” Moreover, there were comments that this act would cripple insurgencies such as the Karen Movement. The November 1985 demonetisation struck at the K100, K50 and K20 notes (K100 and K50 notes had been quietly brought back a few years before). Similar to the previous demonetisation an exchange limit and deadline were set.

History repeated itself. The deadline was postponed time and time again, and the exchange limit was decreased. Shockingly, only 25% of the value of surrendered notes was ultimately reimbursed. This demonetisation order also introduced new K25, K35 and K75 notes. The basic nature of the regime had not changed. Therefore, they printed these new notes so fast that money-supply rise rebounded quickly. Even more destructive was the 1987 demonetization. Announced out of the blue by Ne Win on 5 September—apparently without the knowledge of senior officials—K25, K35 and K75 notes, issued just two years earlier, were pulled.

Not even a semblance of an official reason was given this time. Sixty to eighty per cent of notes became worthless overnight, but no exchange or compensation was provided. The Junta soon allowed reimbursement for up to K100, only so that restive students (who were now penniless) would have enough money to leave the cities and return home, instead of rioting in the cities. The affair became even more bizarre two weeks later: strange denominations of K45 and K90 were issued. The choice of these denominations became subject to much speculation. It is widely believed that the extremely superstitious Ne Win believed that the number 9 was lucky for Burma and him personally.

Once again the 1987 demonetisation did not arrest monetary growth nor rein in inflation. There was a sharp contraction, but with the heavy issue of K45 and K90 notes inflation bounced right back again. For the people of Burma, the kyat was no longer a currency they had faith in. Also the argument that the demonetization crippled insurgents soon proved to be false. Insurgents simply carried out transactions in Thai and Chinese currencies. Not to forget that they had their own stable economy based on narcotics, border trading-posts and extortion.

The prospects of further demonetizations resulted in economic chaos. Barter economies based on paddy and commodities boomed. There was a steep demand for smuggled consumer goods which inadvertently strengthened the criminal elements. Rumblings against the regime began right after the third demonetisation order but exploded in March 1988. By August, the whole country was engulfed in violence and disorder. Ne Win suddenly resigned in September, but any hopes of true democracy died when the army executed a coup on it’s puppet government. Thousands would die in the streets but Ne Win held effective power through a succession of military rulers, till debilitated by advanced age.

Despite a name change to Myanmar in 1989 and through relentless suppression of dissent, the socio-economic situation remained bleak for over a decade. After all, root causes of social and economic woes were never addressed. The death of Ne Win in 2008, the reign of the comparatively enlightened General Thein Sein (2011-2016), and now democracy ushered in a host of structural reforms in the Burmese economy.

Though endemic problems in Myanmar’s society remain, economic prospects for the country seem positive. With control of inflation and slightly better discipline in monetary policies, perhaps the citizens of Myanmar will not be subjected to another demonetisation.

PS: This is my article in The Mint, published on October 29, 2017. Here’s the link to the original article.