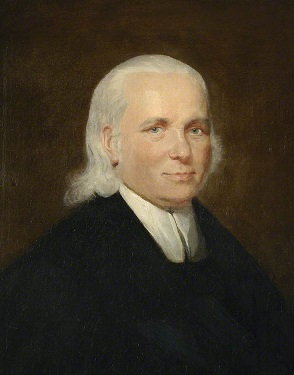 Before the British became the undisputed master of India in the early 19th century, the European view of India was not as disdainful or prejudiced as it would come to be. In this “pre-colonial” phase foreign scholars and missionaries had immense curiosity and respect for all things Indian. India was known to be fabulously wealthy and industrious for centuries. Thousands of Europeans fired by religious zeal, or desire for knowledge, or personal ambition traveled to India. Many of them succeeded: some even became powerful lords, generals and advisors. The pre-colonial European missionaries who arrived to “dispel heathen darkness” were respectful of Indian faiths and traditions, barring some notable exceptions. They learned Indian languages and observed and local recorded traditions. Christian Friedrich Schwartz, a Lutheran missionary from Prussia, was perhaps the most fascinating of them all. During his 48 years in India, he founded numerous congregations and schools in present-day Tamil Nadu and Kerala. He was also diplomat, and an advisor and mentor to kings. Christian Schwartz arrived when war raged in India. The British, the French and numerous local powers were fighting for supremacy: the missionary was soon swept into this maelstrom.

Schwartz studied Tamil and Telugu, along with multiple European languages, before sailing to India in 1750. In India he became proficient in Sanskrit, Marathi, Urdu, and Persian. His fame spread, and thousands flocked to his schools. Schwartz’s unplanned foray into the turbulence began in 1762. Despite being a Lutheran, he agreed to provide last rites for Anglican British soldiers killed in a gunpowder explosion.  The British were impressed by his services: when they captured Madurai, they approached him again for similar services. The Company even engineered an agreement between the Lutheran and Anglican churches: Schwartz could now officiate services for Anglicans but remain a Lutheran. In 1773, the Arcot Nawab’s forces invaded and conquered Thanjavur. Thanjavur was ruled by the Maratha Tuljaji Bhonsle. Schwartz and his followers entered Thanjavur to serve the affected Christians. He soon expanded aid to non-Christians. He executed relief measures and became very popular with the people. This led to Maharaja Tuljaji (restored to his throne in 1776) inviting him to be an advisor in his court. In return for endowments to spread his faith, Schwartz agreed. However, the Company suddenly requested him to undertake a sensitive mission to Hyder Ali, King of Mysore – Hyder Ali had specifically requested that Schwartz be sent. Apparently, his fame as a polyglot of impeccable honesty had reached Mysore. For his secret messages to the British, Hyder Ali could not trust even his own men. Schwartz agreed, in the cause of peace. In Mysore, Schwartz and Hyder Ali conversed and Schwartz relayed the terms to the Company. The British refused, and Anglo-Mysore rivalry continued. Schwartz now took up his post in Thanjavur. During the 2nd Anglo-Mysore War (1780-1784), Mysore’s armies stormed into Tamil Nadu. Schwartz once again lead the relief work. Hyder Ali continued to display respect of Schwartz by allowing him to work unmolested. Three more times Schwartz acted as the intermediary between Mysore and the British. As the Mysore armies laid waste to Thanjavur, unscrupulous court officials engaged in hoarding and corruption. This led to a major revolt, but Schwartz was able to convince the rebels to disband. After Mysore retreated, Tuljaji requested Schwartz to investigate the corruption. After Schwartz’s successful investigation, Tuljaji dismissed the corrupt officials. Tuljaji and Schwartz became closer, and the German missionary became the de-facto Raj-Guru of Thanjavur.

In 1787 Tuljaji became severely ill. On his deathbed he requested Schwartz to protect his adopted heir, the 10-year old Serfoji II. Schwartz agreed, well aware of plots to eliminate the heir. Tuljaji appointed Schwartz as the guardian and Raja-Guru of Serfoji before dying. The regent, Tuljaji’s half-brother, usurped the throne in 1793 but Schwartz fled with the prince to Madras. In 1797, the British Governor General agreed to reinstate Serfoji at Schwartz’s insistence. Company forces escorted Serfoji to Thanjavur and deposed the usurper. However, a few months before his mentee was formally crowned, Christian Schwartz passed away. The grieving Serfoji commissioned an impressive monument – a white marble sculpture depicting Schwartz on his deathbed and holding Serfoji’s hand. 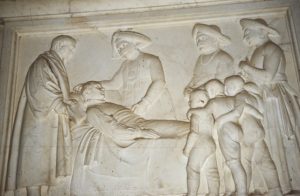 Christian Schwartz’s work as a missionary helped spread Christianity in South India.  The alumni of the public schools he founded served the civil service for decades. His institutions also trained many reputed scholars and artists. Schwartz’s role as protector, teacher and Raja-Guru to Serfoji also had a lasting impact. Serfoji proved himself to be a highly accomplished and enlightened King. During his long reign, Thanjavur became a quite well-developed state and a major cultural center. The British absorbed Thanjavur in 1855, after the last king Shivaji II died heirless, but Thanjavur remained a model kingdom emulated by princely states such as Mysore and Travancore.

PS: This is my article in DNA, published on September 30, 2018. Here’s the link to the original article.