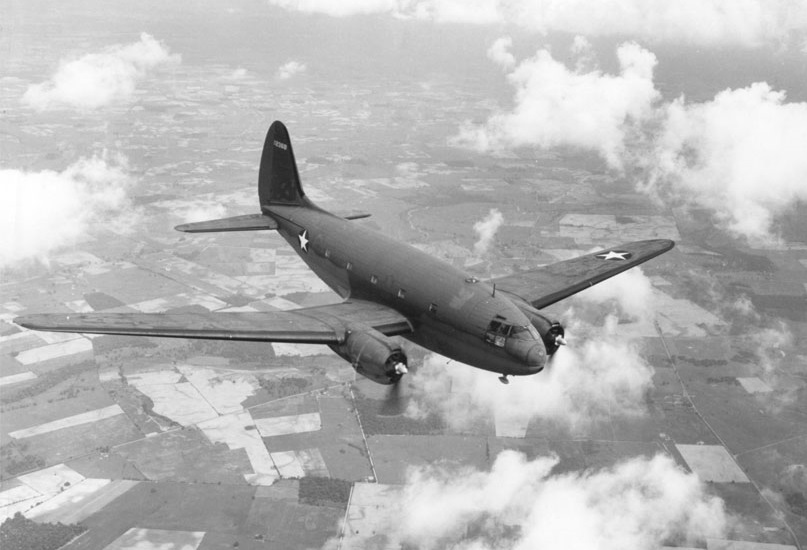 The search and rescue operations for the missing Indian Air Force An-32 aircraft lasted eight days but the crash site was found, and our dead have been laid to rest. The tragedy and ensuing operations unfolded amidst discussions on geopolitics, terrain, logistics, politics, and mismanagement. One dimension that has been largely missing in these discussions is the grim history of military aviation in that region. In the Second World War, India’s North East witnessed crucial battles that decided the fate of the world. The Japanese invasion of India and the Burma Campaign are somewhat familiar to the public. However, in the skies over Arunachal Pradesh and eastern Assam another grim battle had raged. This battle was waged more against the elements than the Japanese. It was all about supporting the Chinese resistance against Imperial Japan – if this front collapsed, over a million battle-hardened Japanese troops would be redeployed to India and the Pacific.

“The Hump” was the nickname given by British and American pilots to the airlift operation that crossed the Eastern Himalayas (mostly) into China, during World War II. It was the world’s first strategic airlift – and it is the bloodiest.  This earned more sobriquets such as “Graveyard of Airplanes” and “The Skyway to Hell” and “The Aluminum Trail”. However, the Hump had to be traversed! Imperial Japan had conquered large swathes of eastern China in 1937. After bombing Pearl Harbor in December 1941, Japan quickly occupied more of China, South East Asia and many Pacific Islands.  Japan seemed unstoppable and could do even more damage (including occupying India and entire Pacific) if not for Chinese nationalist forces under Chiang Kai-Shek and Communist forces under Chairman Mao bogging down over 1.5 million Japanese troops. The Allies were desperate to keep these Japanese troops there: troop redeployment from China meant doubling of Japanese strength in Burma and the Pacific! For this it was necessary to keep supplying the Chinese forces. As the Japanese had captured the ground routes from India to China, supplies had to be flown in.

Not far from the Mechuka Advanced Landing Ground, where the doomed IAF An-32 was heading to, are airfields such as Jorhat, Chabua, Dibrugarh and Doom Dooma. These were the airfields closest to Chinese bases and soon became some of the busiest bases of the War. The India China Division of the Allies’ Air Transport Command soon fielded over 30,000 military personnel and 5,000 pilots. The Hump pilots flew 2000-kilometer round trips, delivering over 650,000 tons of supplies, from early 1942 to 1945. Besides military personnel, there were thousands of Indian laborers who built and maintained these airstrips.

The airplanes were highly vulnerable to the treacherous Himalayan weather. The mountains raised sudden airstreams of 400 kmph speed at extreme altitudes. Turbulence and machine icing could force aircraft to plummet. Sometimes, sudden vertical wind drafts lifted aircraft to over 28,000 feet. Disorientation due to Oxygen loss was common. Even the Commander of the ATC, the famed aviator and pioneering general Henry “Hap” Arnold lost his way and nearly crashed after oxygen loss at high altitude disoriented him. Accident rates were horrendous till the rather capable American C-46 and later C-54 aircraft were deployed. Airlifting was an infant science and most of the pilots were young and inexperienced. This also contributed to the heavy casualties. The allies lost about 600 aircraft and 1,700 men here: the crewmen were killed by the crashes or exposure – or by the odd Japanese fighter aircraft on patrol. Most of the crashes took place in present day Arunachal Pradesh, which had very poor infrastructure then. However, the locals were non-hostile and cooperated with the operations. One of the first modern Search and Rescue organizations was created here by a crew of maverick Allied officers and locals. The successes of this intrepid crew, named Blackie’s Gang, after the leader Captain John “Blackie” Porter, soon turned the motley group into a full-fledged military unit, with ground forces and aircrafts, based in Dibrugarh. By war’s end, 1,171 lives were saved. Search and Rescue training and tactics developed by this unit influence rescue operations even today.

An alternate ground route was opened in early 1945 when Burma was recaptured. However, the terrain constraints made the Hump the principal supply route till the end of the war. In terms of tonnage sent to China, about 80% was flown in over the Hump.

Even today, remains of 7-decade old crashed aircraft are being discovered in remote areas of the state. Many are still missing. After independence, India also lost aircrafts and many souls in this region. However, history has taken a curious turn here. Seven decades ago, Indian airfields in the North East, enabled the Chinese to tie down Imperial Japan. By protecting, basing and sustaining this great endeavor, Indians also contributed to Chinese salvation. However, since 1962, Sino-Indian tensions have further chilled the skies over India’s North East. The Mechuka Advanced Landing Ground was upgraded and reactivated (along with a few more airstrips in Arunachal Pradesh) only quite recently, as a part of bolstering defenses against any Chinese threat to India. It is ironic that the next time the airfields of this region are used for war, it would send very different types of aircraft and cargo into China.

PS: This is a slightly expanded version of my article in DNA published on June 16, 2019. Here’s the link to the original article.