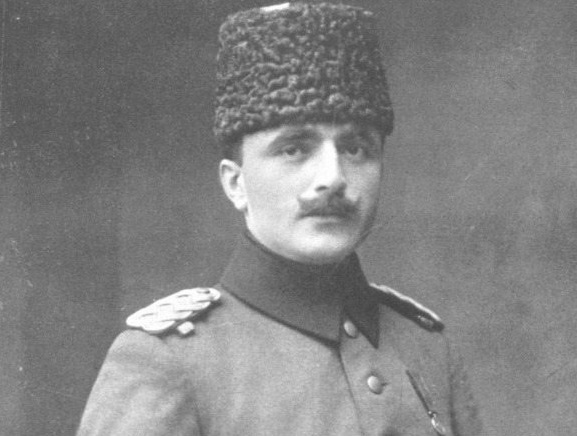 Continued from part-1 (Link to the article) of a trilogy on Lenin and his plans for an Indian invasion/revolution.

The plan to overthrow the British Raj had three components: the first and the most potent component was a newly raised Russian army which would invade from Afghanistan. The full support of King Amanullah Khan of Afghanistan was necessary for this. 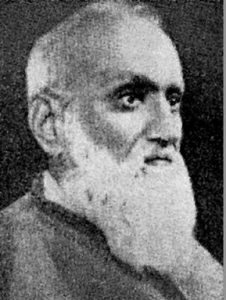 Ubaidullah Sindhi, a prominent cleric, was residing in Kabul with a large party of Islamic and secular revolutionaries from India and abroad. He had styled himself Prime Minister of the Provisional Government of India and formed an “Army of God” with many followers. Following the Baku congress, Sindhi had offered to aid any anti-British operations. He claimed that his army would be a beacon to millions of Indian Muslims, who would pour into Afghanistan to join this force. He would also persuade King Amanullah to support the invasion – this would encourage the fiercely anti-British Pashtun tribesmen to join in. This Army of God was the second component. A Pan-India network of communist cells was the third component of the plan. Indian leftist revolutionaries would be dispatched to create and run these cells.  Working with other groups opposed to the Raj, these cells would act as a fifth column. They would orchestrate uprisings when the invasion begins; the liberators would advance into India in the wake of such uprisings and destroy the Raj. During World War-I (1914-1918), Germany also planned to use Muslim rage to topple British India. But unlike Germany, Russia was right next door. Also, both Afghanistan and India appeared highly agitated after the war – and after the recent doctrinal debates the communists were ready for alliance with any disaffected group. A revolution seemed to be feasible, if the military operations were launched in time. 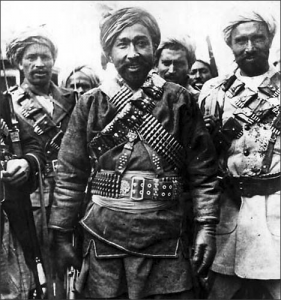 There were major difficulties though, and the planners understood this. The Army of God members were mostly intellectuals and clergy; it would take much time to turn them into a real army. Amanullah was an opportunistic despot who had no real cause to support communism. Finally, Russia was short of soldiers and supplies following its recent civil war: the new liberation army would have to wait. Lenin provided some troops and supplies to Roy, but these were for strengthening communist control of Central Asia – there were many threats to be dealt with. Specifically, bands of fanatic Turk tribesmen termed Basmachis seriously threatened communist control of Central Asia. Roy had to divert considerable time and effort to oversee such tasks. Moreover, factionalism developed within Indian revolutionary ranks due to doctrinal differences, pedigree and ego. This sapped the energy of the program. On a positive note, the Military School in Tashkent commenced training recruits from the Army of God in early 1921.

About this time, Enver Pasha, the Turkish leader, appeared. Pasha was part of the all-powerful triumvirate which once ruled the Ottoman Empire – with the Emperor reduced to a mere figurehead. After Ottoman Turkey’s defeat in the Great War, he went into exile in January 1919. However, Enver Pasha was still widely respected in the Islamic world and was therefore invited to the Baku congress. Following this congress, Pasha approached Lenin with a mutually beneficial proposal. He promised that with Russian aid, he would be able to co-opt the Basmachi rebels. Next, he would rally the Muslims of Turkestan, the vast western province of China bordering Russian Central Asia and India. The fledgling Chinese Republic barely held on to this chaotic region and they would be no match for Enver Pasha’s call. He would thus carve out an allied nation in Turkestan. Russia would now be able to strike deep into India through its north, bypassing capricious Afghanistan and strongly defended western India. The Afghan path was very risky – perhaps Pasha’s plan was safer. Lenin was however wary of Enver Pasha, who had a dark record of fanaticism and genocide. Lenin feared that Pasha would double-cross him once he reached Central Asia. Roy and Borodin also met Enver Pasha in Moscow and feared that this alternate plan might siphon off Russian support. In October 1921, Lenin agreed to transport Enver Pasha and his band of loyalists to Central Asia.

One could understand why Lenin was ready to support long shots such as M.N. Roy and Enver Pasha. During the Great War, when the February 1917 revolution broke out in Russia, Lenin was living in exile in Switzerland. The German High Command successfully transported Lenin to St. Petersburg (the very epicenter of the revolution) in a sealed train – they hoped that the tiresome revolutionary would cause even more trouble for their Russian enemies. 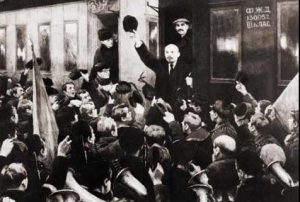 But Lenin, no mere pawn in someone else’s games, managed to accomplish much more. Synchronicity and the great crises in Tsarist Russia had helped catapult Lenin and his band into power. Perhaps Roy and Pasha would be able to repeat this feat in the restive East also. Given the ultimate goal of a World Soviet, this was a low-cost strategy. Moreover, there were other factors at play…

PS: This is my article in DNA, published on March 18, 2018. Here’s the link to the original article.