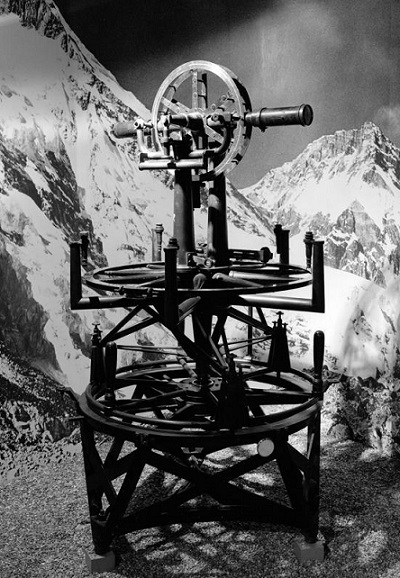 The Anglo-Mysore Wars ended on May 1799, with Tipu Sultan’s end at Srirangapattana’s walls. This victory meant that British control of South India spread from coast to coast, with all threats eliminated. British leaders now realized that there was now the problem of measuring, charting and cataloguing the conquered land. Constructing lines of communication and infrastructure, mapmaking and assessing revenue depended on this. The fledgling British Raj’s very survival depended on measuring and charting India. British campaigns were well-planned affairs, using comprehensive knowledge of the land and people as force multipliers. With the land well-surveyed and measured to “inch-precision”, imperial control would be greatly enhanced. Such a feat would also turn India from a mystery into a well-understood entity – at least for ruling purposes. Reducing India to numbers, maps and schematics would be the ultimate victory of the scientific-minded and superior British race over India and her backward people: at least it seemed so for Britishers now gravitating towards Utilitarianism – and other theories and theologies of imperialism. 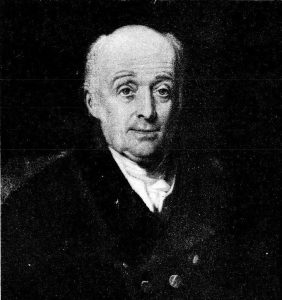 The great surveys of the subcontinent began with William Lambton, an officer with a scientific bent. Lambton came from humble origins and had no formal training in earth sciences or mathematics. He taught himself these disciplines after becoming partially blinded while studying an eclipse. Lambton had participated in assaulting Srirangapattana; before the battle he used celestial navigation to help the army surround Tipu Sultan’s forces. Lambton now proposed to survey the land using mathematical and geographical methods. After some deliberation, the authorities approved. While officers such as Col. Mackenzie, Hyne and Buchanan would conduct topographical, socio-political and natural surveys in India, Lambton was tasked with measuring India – an enterprise tolerating very little subjectivity and margin of error. After much preparation, the “Great Trigonometric Survey of India” commenced in 1802. This survey utilized new instruments and the “Triangulation method”, a method to compute the distance between three mutually visible reference points. Starting with a baseline of two measured points, the position of a third point could be quite accurately established. The two newly determined sides then became new baselines for further triangulations. Long chains of triangles soon shaped the maps of India. The first objective was to chart the “Great Indian Arc”, from Kanyakumari to the Himalayas.  Using this arc as a central stem, other surveys could branch out to cover entire India. 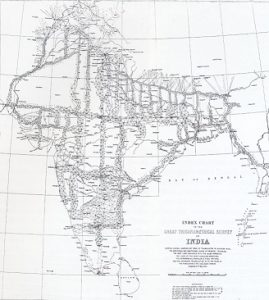 This colossal enterprise needed thousands of people with a wide range of skills. Many institutions began to train young Indians to serve the Survey (and other colonial projects). In 1823, Lambton died on the job near Nagpur, after surveying nearly 425,000 sq. km. of India. His assistant, George Everest, a fellow mathematician and military surveyor, succeeded him. Everest’s modifications made surveying much easier. In 1831 a British professor of Hindu College Calcutta recommended a 19-year old prodigy to Everest. This was Radhanath Sikdar, a brilliant mathematician and a co-founder of Derozio’s radical Young Bengal movement. Sikdar was recruited as a “computer” – one performing complex mathematical calculations manually. Soon Sikdar’s exploits won the respect of the British. Everest completed The Great Indian Arc and retired in 1843. His successor Andrew Waugh, yet another scientist-soldier, took the Survey forward. A few years later, Sikdar brought to Waugh interesting readings of a Himalayan mountain called “Peak XV”. Separate measurements marked this peak, locally called “Sagar-Matha”, as 29000 feet tall – the tallest in the world! Waugh and Sikdar worked for years to corroborate the amazing finding before publicizing this great discovery in 1853. Waugh named the peak “Mount Everest” to honor his predecessor. The Survey continued under Waugh’s successors and soon India was peppered with thousands of survey markers. Sikdar died in 1870, retiring early to teach math and perform social work. In 1875, all surveys were amalgamated into the Survey of India. The enormous cost and difficulty of surveying India however made complete trigonometric survey impossible. Even though the British could not reduce India into bullet points, the Survey had measured and charted the subcontinent well enough to serve the empire. The existing grid of triangulation chains sufficed to realize colonial aims such as strategic buffers, lines of communications, commerce, and infrastructure. Today, such surveys heavily depend on satellites, aircraft, cameras, sensors, etc. relaying results to surveyors far away. However, ,for ultimate verification and analysis the endeavor still requires human surveyors on the ground, braving the unknown like their predecessors did.

PS: Perhaps the new frontier for “measuring” and understanding India is not geographic or biological. Perhaps it is in “reducing” and modelling India and her people through data mining, analytics, CCTV footages, and PAN-AADHAR panopticons – for ostensibly better governance and services. May this difficult task turn out to be benevolent, and even more successful than the British surveys. Then again, as the saying goes, “the map is not always the territory”.

PS: This is my article in DNA, published on November 25, 2018. Here’s the link to the original article.