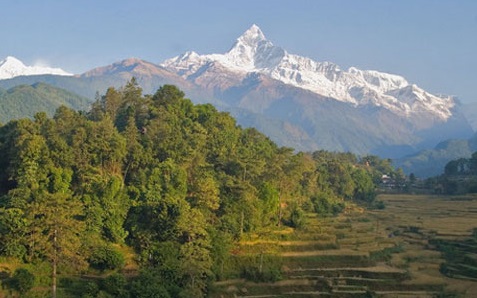 The Great Indian Rebellion began to unravel after the British captured Delhi in September 1857. Subsequently, the British picked off rebel forces in the Indo-Gangetic Plain and Central India, the two major theatres of the Rebellion. The reconquest would not have been so successful if the British did not enjoy Indian assistance. Old wounds and new power dynamics caused Pathans, Punjabi Muslims, Sikhs, Marathas, etc. to earnestly participate in the suppression of the Rebellion. Not many speak about the role of British Army’s Gurkha units and the Kingdom of Nepal in the British reconquest though. Popular accounts of the Rebellion cover only a few key events and personalities. This unfortunately skips over many important aspects of the Indian Rebellion, including its doleful end in Nepal’s Terai region in December 1859.

After their Pyrrhic victory in the Anglo-Nepal War (1814 -1816), the very impressed British began to recruit thousands of Nepalis in newly raised regiments. Gurung and Magar tribesmen were the mainstay, but there were also sizeable numbers of Chhetris, Thakuris and Limbus in these new units. Such ‘Gurkha’ units were peppered among the vast native forces maintained by the East India Company. The homogeneous martial nature and loyalty of Nepali recruits was a result of Prithvi Narayan Shah’s strategies in Nepal’s unification wars (1743-1770). Prithvi Narayan Shah began his illustrious career as a young king who inherited a tiny Gorkha principality. He combined the fighting skills of the mountain tribes with the customs of high-caste groups of the plains. A principle of allegiance termed ‘Dhungo’ (stone), symbolizing a unitary Nepal State, was devised. A militarized pan-Gorkhali or Gurkha identity was created through social engineering and evocative rituals. Loyalty, unit cohesion and discipline were also drilled into the forces, composed of hitherto squabbling groups. Non-combatants were used for corvee labor or in military support functions.
This state nearly defeated the British in the Anglo-Nepal War, earning the latter’s respect and offer of large-scale military recruitment. The British appreciation of Nepali valour and the rather honorable treaty of 1816 made a positive impression in Nepal. Nepal took its commitments with the British quite seriously. When the Rebellion erupted in May 1857 the Gurkha units remained loyal, despite the rebels’ efforts to woo these warriors.

The Gurkhas were competent riflemen and excelled in close combat with their fearsome Kukri knives. The presence of loyal and fierce Gurkha sepoy was a morale booster for the hard-pressed British. The Gurkhas proved their worth in numerous engagements. The Nepal kingdom also sprung to the Company’s aid. When the Rebellion erupted, Rana Jang Bahadur, the de-facto ruler of Nepal, dispatched 3,200 soldiers to aid the British. A few months later, Jang Bahadur arrived with more reinforcements. In the Awadh theatre, Nepal’s army turned out to be very useful to the British.
By January 1858, Delhi had been long pacified. However, the Rebellion still raged in Awadh and Central India. In March, a joint British-Nepali force captured Lucknow, a nerve centre of the Rebellion. In June, the Rebellion lost two of its tallest leaders: Maulvi Ahmadullah near Shahjahanpur and Rani Lakshmibai near Gwalior. The Central Indian theatre soon fell under British control. Leading Awadhi rebels also began to surrender. However, rebel leaders such as Nana Sahib, Awadh’s Begum Hazrat Mahal, Rana Beni Madho, and Khan Bahadur Khan still refused to yield. This remnant slipped into Nepal, hoping to run a guerilla war from the Terai, a region comprising of lowlands, forests and Himalayan foothills.

The rebels appealed to the Nepali leaders to join their fight against the rapacious British, who had no respect for customs of Hindus and Muslims. However, these appeals were dismissed. Nepal’s leadership did not immediately act against the Indian rebels because many natives of the Terai sympathized with the rebels. Instead, Jang Bahadur got the British to send troops into Nepal. The British obliged – all that remained of the accursed Rebellion now hid in the Terai. When the rebels proved too elusive for the British, Jang Bahadur led his army into the Terai in November 1859. Within a month all rebels were killed or captured: The Great Indian Rebellion was thus unceremoniously snuffed out in Nepal’s Terai. Nana Sahib and a few others had died of illness just before this sad end. The remaining leaders were carted back to India in chains and were summarily hanged. However, Begum Hazrat Mahal, her son, and the rebels’ womenfolk received asylum in Nepal.

Jang Bahadur was bestowed many British honors and decorations, cementing his power. Nepal regained some of the land she lost in 1816 and remained a reliable British ally till the end of the Raj. The Gurkhas, still counted among the best fighters in the world, continue to be recruited by the British Army.

PS: This is my article in DNA published on September 29, 2019. Here’s the link to the original article.