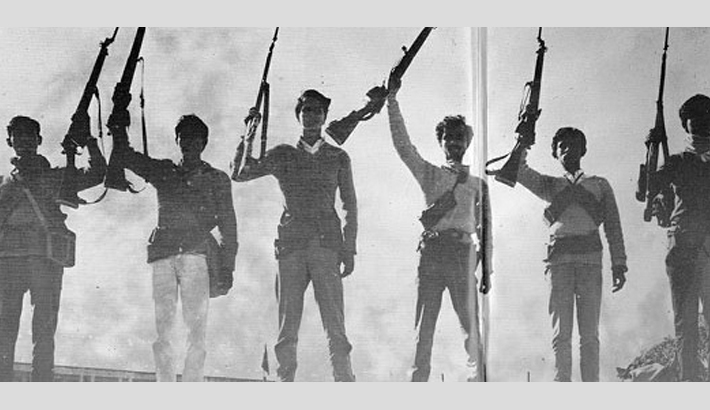 Pakistan’s horrific military campaign “Operation Searchlight” (March-May 1971) was a success by most yardsticks. The Mukti Bahini, the resistance movement of ethnic Bengalis of East Pakistan, was severely mauled. A genocide of hundreds of thousands of Bengalis had commenced under the explicit directions of General Yahya Khan and his Junta. Many Bengali leaders, intellectuals, and students had been captured – and, in many cases, massacred along with their families. Even soldiers and officers of Bengali ethnicity were rounded up and murdered. Operation Searchlight also crushed pockets of resistance by unleashing legions of West Pakistani soldiers and local collaborators: the Mukti Bahini’s defense units were simply outfought and outnumbered. By June 1971, East Bengal seemed to be “pacified”. 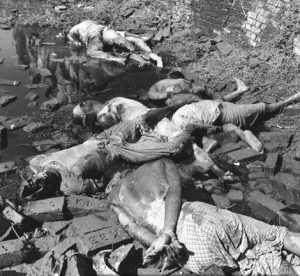 However, the Pakistani Junta had underestimated the determination of the Bengalis. Those who escaped to India planned to strike back before the invaders dug in further and wrought even more destruction. Many leaders had managed to escape Searchlight and had set up a government-in-exile under the Indian Government’s aegis. East Bengalis chafing under the occupation risked their lives to aid the Mukti Bahini. India did not want to be rushed into a war with one of America’s closest allies – not without adequate preparations. Moreover, the East Bengal terrain was difficult, and Pakistan was no minnow. With Operation Searchlight the Junta had also demonstrated its capacity for bloodshed. Nevertheless, India was also keen on surgical strikes before war erupted: the Junta had to understand that the continuing genocide and Pakistan’s increasing belligerence towards India would not go unpunished.

After Sheikh Mujib Rehman was arrested, Major Ziaur Rahman declared Bangladesh’s independence on March 26, 1971. At this juncture, in a French dockyard a new submarine (PNS Mangro) had just been built for Pakistan. The naval crew which had travelled to France to take over the submarine had thirteen ethnic Bengalis among them. As per the accounts of one of the Bengali officers, the Junta’s actions during the past few months had greatly disturbed the Bengali sailors. When the news of the declaration of Independence and the genocide reached them, eight of the East Bengali sailors escaped before their comrades turned on them. After a harrowing journey crisscrossing four European nations they reached India (thanks to timely action of the Indian government) and joined the Mukti Bahini. By this time the Indian Navy and the Mukti Bahini had planned a naval commando force to target Pakistani assets in Bangladesh: the eight defectors and fifteen more Bangladeshi seamen would form the nucleus of this force. India had blocked the air route from West Pakistan, only the sea route was now open. The Pakistanis had commanded every seaworthy vessel it could find to ferry men and material into Bangladesh’s coastal and riverine ports. This lifeline had to be severed. There was also the matter of revenge – during Searchlight and afterwards, Pakistani combat vessels transported thousands of soldiers and militia across Bangladesh. In horrific cases of overkill, these vessels’ weapons were turned on civilians and Mukti Bahini combatants. The commandos would target these combat vessels also.

The secret training camp “C2P” was operationalized in Plassey, West Bengal. Over 500 men were trained in an arduous 3-month commando course. Some trainees were combatants, but most were university students and other civilians. When training concluded, leading commandos were infiltrated into Bangladesh. Pakistan deployed her own special forces to intercept these commandos but met limited success.  In the early hours of August 15, “Operation Jackpot” was executed: nine ships in Chittagong harbor were blown up by commando frogmen using limpet mines. This operation nearly crippled the crucial port of Chittagong. Operation Jackpot continued, and another thirty-six vessels were soon sunk in other ports. This action showed the world that the resistance was alive, and that Bangladesh has not been “pacified”. By November, the commandos sunk over 100,000 tons of shipping, suffering very few causalities. The fighters were now provided gunboats; two patrol boats were also loaned by the Indian Navy. This flotilla struck Pakistani and allied ships in the sub-campaign “Operation Hotpants”. Ports, rivers and waterways were soon clogged with damaged or sunken vessels. Around this time, Gano Bahini guerilla units entered Bangladesh from India’s North East. All lines of communications of the Pakistani forces in Bangladesh were now throttled; Pakistani control shrunk to urban areas. Consequently, the occupation crumbled when war erupted on December 3. When Pakistan surrendered on December 16, the nation of Bangladesh was born. 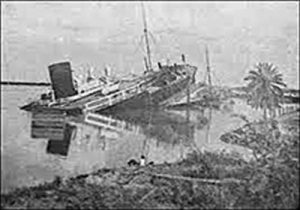 If Pakistan had retained a measure of control over the rivers and coast (and thus their lines of communications and the countryside), perhaps Bangladesh’s liberation would not have been accomplished within a fortnight. Given Cold War dynamics, India’s window of opportunity would have narrowed considerably. History would have been very different indeed if the intrepid warriors of Operation Jackpot had not succeeded.

PS: This is my article in DNA, published on September 2, 2018. Here’s the link to the original article.