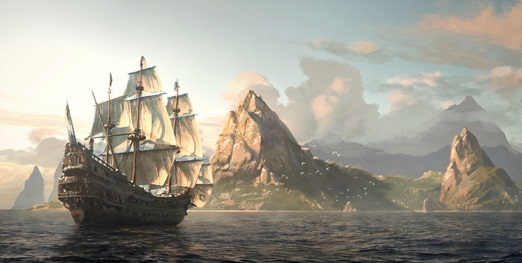 For over a century Bengal was ravaged by pirates who raided vast territories, carried away thousands into slavery, and severely choked commerce. Pirate warships and nimble river boats would suddenly descend upon the coastal towns and villages – and even upstream cities of the Gangetic delta. The marauders were Portuguese, operating in India since 1498 C.E., and the Magh people of the Mrauk-U kingdom. This coastal kingdom covered present-day Rakhine coast of Burma. It had both Buddhist and Muslim citizenry and was quite paranoid and warlike due to its bloody origins and precarious location. The threat was finally contained through a mix of stratagem and military campaigns by a very able Mughal governor.

Various factors led to the rise of the slaver raids in Bengal. Despots understood that foreign slaves were preferable to an enslaved indigenous population if the economics was attractive enough. Moreover, semi-skilled/skilled slaves were also required in the newly acquired uncivilized lands. The budding Dutch Empire’s spice plantations and mines demanded countless slaves. The Aceh Sultanate of Sumatra also required many slaves to expand its plantations and toil in its tin mines. Bengal with her millions of civilized citizens could meet such growing demand. Indian slaves were also prized for skills in crafts and textiles and were dispatched even to new African colonies.

The port city of Chittagong was the nerve centre for Portuguese operations in the region. It was critical for supporting their new colonies in South East Asia, especially after Shah Jahan expelled them from Hooghly for wanton cruelty. Even in the heyday many bold Portuguese entered piracy and slave trade. However, within a century the Dutch had eclipsed Portuguese power. The Portuguese consequently supplicated to the Rakhine kingdom, despite clashes in the past. Sandwiched between the Mughal Empire and the Burmese kingdom, the Maghs believed offense was the best defense. The Portuguese navy would be a critical component of this strategy. Moreover, the raids and slave trade would also be a good source of income. The raids commenced around the 1610s: many armadas disgorged Portuguese and Magh marauders into Bengal. The savagery was terrible and the term Hamard (from “Armada”) entered the lexicon as a word for loathsome criminal. The Maghs were also skilled seafarers and operated fast war-boats called Jelias which could sail up the Delta. Many towns and villages were deserted in fear, or depopulated by the raids. The initial Mughal responses were largely ineffective: their navy was weaker in comparison, and the Rakhine terrain was conducive to predatory raids.

In 1663, the Bengal province was in trouble. The recent succession wars had disrupted the whole Mughal empire. The raids were inflicting great damage. The previous governor, Mir Jumla died following a disastrous war with the Ahoms. The new governor Shaista Khan was Emperor Aurangzeb’s uncle. His commendable record was however recently wrecked by Shivaji and the enraged Emperor had banished his kinsman to tottering Bengal. Shaista Khan nevertheless set out to work immediately: ending the threat from the seas was of paramount importance. There was possibly a matter of revenge too: Prince Shuja and his family had sought asylum with the Rakhines after he was defeated by his brother Aurangzeb in the succession wars. Accounts speak of the Rakhine king treacherously murdering Shuja and his sons and violating Shuja’s daughter, who later committed suicide. Shaista Khan was tasked with settling the blood debt and recovering any surviving members of Shuja’s family.

Shaista Khan quickly beefed up the imperial infrastructure: forts and public works were commissioned, and armies and naval squadrons were raised. He also secured the Dutch support. In 1665 the Mughals captured the strategic island of Sandwip from the Rakhines. Annexing Chittagong was key and Shaista Khan now utilized a brewing dispute between the Portuguese and the Rakhines. He convinced the Portuguese to ditch their capricious masters: the Portuguese would be truly appreciated by the more composed and business-like Mughals. Apparently a large bribe also helped. The Portuguese defected and moved en-masse to Dacca. The Rakhine forces quickly consolidated Chittagong but Shaista Khan wasn’t done. He sent an army overland, marching parallel to a combined Mughal-Portuguese navy headed for Chittagong. The combined assault was successful and the Rakhine forces were destroyed.

This victory did not eradicate piracy in the Bay of Bengal – even today pirates prey on Rohingya boats and Bangladeshi fishermen. However, the loss of Chittagong and Portuguese support was a mortal blow. The Maghs did not possess the know-how to build and operate large warships, and they had suffered great losses in the war. Moreover, Shaista Khan had built up a very potent navy. The Rakhines could not prey like they did before. The rump kingdom shambled on, wracked by internal strife and dominated by mercenaries, till it was annexed by the Burmese in 1784. Bengal however rebounded under Shaista Khan’s long and able stewardship.

PS: This is my article in DNA, published on February 11, 2018. Here’s the link to the original article.