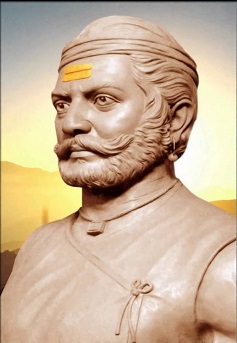 The Berads of the Deccan are a Denotified Tribe residing in parts of west Maharashtra and north Karnataka. Berads were once renowned fighters, courted by powers such as Shivaji, the Bahmani kingdoms of the Deccan, and Mysore. The hard life in the forests and hills endowed the Berads with resilience and physical prowess, essential traits for warriors. Berads were united under chiefs along clan lines; the consequent coherent fighting structure made them lean but deadly brigades. Adoption of muskets and disciplined volley-fire made them a very valuable asset. The musketry of the Berads could cut down masses of enemies. They could also harass supply lines and vulnerable enemy units with sudden strikes. For nearly two centuries the Deccan Berads gained power by offering military services, till the changing Maratha state and British paramountcy suppressed them.

Berads are members of the Beda/Veda forest-dweller communities found all over South India. It is believed that the Berads migrated to their present lands from deeper south, assimilating other tribes and members of other castes along the way. Before settling down as pastoralists and farmers, the Berads were known for raiding trade routes and villages bordering the forests. The Berads’ military ascent apparently began in the late 16th century; sources speak of Berad strongholds emerging after Vijayanagar’s collapse in 1565 C.E. The Berads earned a reputation for valor and efficacy in the struggle for supremacy in post-Vijayanagar Deccan. Berad chiefs titled themselves “Nayakas” and established strongholds all over the Deccan. One of these strongholds, in Shorapur in north Karnataka, grew in power and became a major ally of Bijapur. At the peak of its power this Berad dominion reportedly fielded over 100,000 infantry including thousands of musketeers.

Shivaji recruited many Deccani Berads in his infantry and fort garrisons, while other Berads such as the Shorapur state aided Bijapur. Less charitable histories, perhaps colored by caste parochialism and colonial British perceptions, claim that Shivaji recruited and resettled Berads only to prevent them for raiding his own lands. During the Mughal conquests of the Bahmanis, the Berad forces (and Marathas) aided Bijapur and Golconda. Though the Mughals prevailed the Berad forces inflicted great causalities. By 1687 the Mughals conquered Bijapur and Golconda, but the Berads continued to fight. Aurangzeb tried to accommodate them by granting Mansabs (imperial titles) to some chiefs but this did not stop them rebelling whenever they got a chance. The last battle Aurangzeb personally commanded was against a powerful Berad chief in Waginkheda in 1705. The Berads and their Maratha allies mauled the Mughals but had to retreat.

Berad power waned as they kept losing territories to the Mughals. Despite this, a “Sanskritization” process had developed as a result of their military legacy and significant presence in the Maratha army. Berad chiefs were awarded lands and titles and some Berads entered the mainstream as cultivators. The “Ramoshi” identity (from Rama-Vamshi) became popular, especially in Maharashtra. However, their status declined from the mid-18th century. The Chhatrapati’s power diminished and the administration became dominated by Peshwas who limited Berad participation in the changing Maratha state. The Berads’ failure to establish lasting socio-political accommodation with any established powers when they had the chance made them vulnerable in the caste politics of the Maratha Confederacy. Berads soon found limited space in the new Maratha state system. The Maratha Confederacy’s army was quite eclectic: Brahmins, Marathas, Arab mercenaries, Pindaris, Naga Sadhus, Gardi Muslims, etc. were fielded. Even here Berads were largely kept out since the 1750s. Status as tribals and the legacy as raiders perhaps worked against them, especially when mainstream and foreign talent were readily available. The Berads were largely relegated to watchman duties in rural settlements. Later military history of Marathas finds diminished mention of Berads – and other formerly prominent warrior communities such as the Kolis and Mavles. However, Berads settled further south found favor with Hyder Ali and Tipu Sultan. Following Tipu’s death and British consolidation in South India, the military role of the southern Berads declined.

The Berads’ decline accelerated when the British became the paramount power in India. The chaos of colonial wars forced many marginalized communities, including Berads, into banditry. British forest policies created conflicts over forest rights and drove Berads further to desperation. From the 1820s Berads rallied under leaders such as Umaji Naik and rebelled against British oppression. The rebellions flared up intermittently till the 1860s, despite being brutally crushed at every instance. Their umpteen rebellions and their refusal to disarm earned British ire: Berads were classified a ‘criminal tribe’ under the Criminal Tribes Act of 1871. The debilitating impact of this official demonization endures to this day. The criminal tribe classification was repealed by Denotification measures post-Independence, but the stigma remains. Within the Berad community efforts to raise awareness of the warrior and rebel past continue. Given the current clash of narratives of Bhima-Koregaon perhaps the Berads’ notable past would also receive more public attention.

PS: This is my article in DNA, published on January 21, 2018. Here’s the link to the original article.