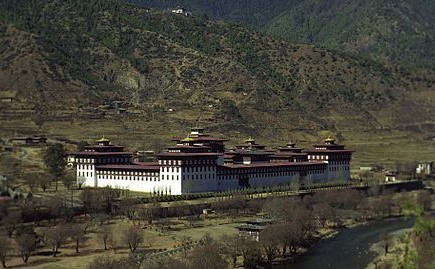 Despite severe external and internal threats Bhutan emerged as a strong mountain kingdom by the late 17th century. For a brief period, Bhutan played a key role in present day north east – the works of authors such as Karma Phuntsho and Michael Aris shed light on this turbulent past. Decades of conflict had forged a martial state despite the Buddhist heritage. Bhutan entered an expansionist stage by occupying Sikkim, and parts of Nepal, Bengal and Assam. Controlling these areas, and adjacent Cooch Behar kingdom (then comprising of parts of West Bengal, Bangladesh and Assam) was necessary to truly dominate the subcontinent, given the strategic importance of Assam and Bengal. Moreover, the floodplains of Assam and north Bengal were highly productive. Therefore, Mughals, and later the British, sought to control this zone. In 1680 C.E., Bhutan intervened in a war of succession in Cooch Behar. Bhutan favored the rebels and killed the reigning king in battle. The Raikats of Jalpaiguri, kin of the slain monarch, and remnant local forces managed to halt Bhutan. Cooch Behar later sought alliance with Bhutan when the Mughals suddenly invaded from the south. The Mughal Empire had been unstable for a few years due to succession wars, in which Aurangzeb emerged victorious. Following his consolidation, Mughal commanders of the East attempted to conquer Cooch Behar. In subsequent invasions, the Mughals captured more territories and this drove Cooch Behar into Bhutan’s control by about 1714 C.E. The Mughal threat however subsided as their power rapidly declined following Aurangzeb’s death.

Bhutan now started to intervene in the dynastic succession of Cooch Behar. Following another dynastic struggle in the 1750s, a rebel prince sought Mughal aid in return for Mughal suzerainty over Cooch Behar. Bhutan defeated the subsequent Mughal invasion and this solidified Bhutanese supremacy in the region. They appointed a de-facto Viceroy and garrisoned forces in Cooch Behar. In 1765, chaos erupted again when the Nazir (a senior official) conspired with the Chief Priest and assassinated the reigning child-king. The Bhutanese reacted quickly and prevented a coup. Bhutan now enjoyed even more control and military presence in Cooch Behar. It was the same year that a new power arose in the Indian subcontinent. The East India Company established total control over Bihar and Bengal following their victory in the Battle of Buxar.

Bhutan now gained prestige by cementing relationships with Nepal, and fighting off powerful challenges from Tibet. Neighboring kingdoms such as the Raikats also aligned with them. However, Cooch Behar would ultimately undo Bhutan’s ascent. Another dynastic conflict erupted in 1769: Bhutan stepped in once again, imprisoned and exiled the royal family and installed a puppet ruler. This time they grabbed the royal regalia and visibly demeaned the new ruler – acts which incensed the locals. Following the death of the puppet ruler in 1772, Cooch Behar rebelled. They drove off the foreign forces and installed their own king. Bhutan struck back and was soon victorious. The new puppet ruler however died before the Bhutanese could reconsolidate. In the meantime, the Nazir fled with the deposed king and requested the East India Company to intervene.

The Great Famine of 1770 and the ensuing Sanyasi rebellions had caused the disturbances to spill over into Bhutanese lands. Bands of rebels periodically emerged from Bhutanese zones and harassed the British. Slavery existed in Bhutan and raids by slavers into Company territories angered the British. The Bhutanese frontier officials were apparently complicit in these actions. Moreover, the unending instability close to their new and profitable possessions made the Company very uncomfortable. The refugee Nazir promised to bankroll the “liberation” and also give half the tax revenues in return for help in reclaiming the throne. The Company obliged and attacked the Bhutanese, their vassals and Sanyasi bands. The war lasted two years but the British prevailed. A palace coup in the midst of war also hastened the Bhutanese capitulation. A peace treaty was signed and the deposed king reclaimed the Cooch Behar throne in 1774. Bhutan’s prestige fell and the British carried away tribute, treasure, and captured Sanyasi leaders.

Bhutan’s power in its west declined following Nepal’s ascent, the Nepal-Tibet War and subsequent Chinese intervention. Internal conflicts between rival nobles and monastic orders also greatly weakened Bhutan. However, they refused to let the British dictate terms regarding trade and foreign policy. The spectacular rise of Company made Bhutan very wary of letting the British into their homelands – even for trade. Also, cross-border slaver raids persisted. The British responded by slowly occupying more and more Bhutanese holdings over the years. In the aftermath of the First Anglo-Burmese War in 1826 the British conquered most of Assam, increasing the threat to Bhutan. Opportunity presented itself in 1864 when a civil war erupted in Bhutan. The Empire intervened and annexed the remaining lands Bhutan held in Bengal and Assam. Subsequent treaties ensured that Bhutan remained subservient to the Raj.