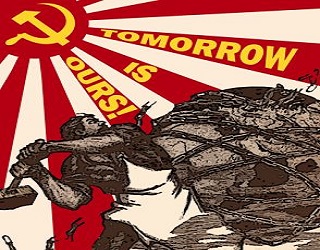 In 1921 the plans to overthrow the British Raj were unceremoniously shelved – the Indian Revolution was stillborn. Previously we had seen how the Comintern program had innate challenges such as factionalism, Pan-Islamism, the weakened Red Army, the Afghanistan factor, etc. We have also seen how Lenin finally allowed Enver Pasha to enter Central Asia. True to Murphy’s adage – “anything that can go wrong will go wrong” – everything did go wrong. The growing national movement deflated prospects for a violent revolution in India. Besides, the British were past masters of the Great Game. The unkindest cut of all was however struck by the Russians themselves.

Lenin truly desired a global revolution, but he was also keenly aware that Russia was an impoverished and industrially backward nation. His communist regime desperately required acceptance in the world scene. Anglo-Russian talks had begun in early 1920, but given the plans for Indian revolution these talks were perceived by the Indian revolutionaries as mere sideshow. However, by early 1921 it became clear that the Comintern endeavor was primarily a tool to arm-twist the British to make more concessions in an impending Anglo-Soviet agreement. The Russians knew that in their current weakened state they could not overthrow the British Raj – unless there was violent rebellion. But Gandhiji had successfully redirected India’s seething rage into non-violent resoluteness, by convincing Indians of the unassailable rightness of their cause. This new zeitgeist made violent rebellion unlikely. The British also made their countermoves. Ace agents were dispatched to the region: the ensuing spy games, bribery and clever diplomacy outmaneuvered the Russians. 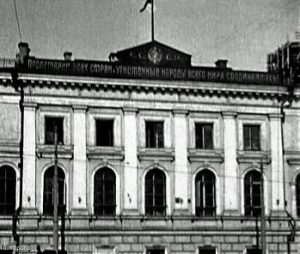 Following the Anglo-Russian agreement of March 1921, the Indian Military School was closed. Lenin ordered Roy to immediately cease revolutionary activities and return to Moscow. The Russians even formally claimed that military training of Indian exiles was an unauthorized act by overzealous Comintern elements. The British also reconciled with the Afghan King Amanullah Khan: following the Anglo-Afghan treaty of November 1921, Indian revolutionaries in Afghanistan were expelled. The Pan-Islamist revolutionaries journeyed to West Asia seeking religious battlefronts there. Non-communist revolutionaries scattered worldwide to continue the fight against the Raj. The communists fled to Russia. The Russians also took the neo-converts to communism to the new “Communist University of the Toilers of the East” (a.k.a. “Eastern University”). This institute grew into a training centre for communists from around the world, including future leaders such as Deng Xiaoping and Ho Chi Minh.

About this time Enver Pasha traveled to Central Asia following Lenin’s approval. When he reached his destination in November 1921 he promptly double-crossed the Russians. Enver Pasha united many Basmachi factions and his forces launched daring attacks across Russian Central Asia. Amanullah Khan welcomed the prospect of a friendly Muslim nation to his north and covertly aided the Basmachi rebellion. However, by mid-1922 the Red Army in Central Asia was rebuilt and considerably strengthened. Lenin now ordered his generals to crush the rebellion. The Basmachi were methodically ground down. When the tide turned Amanullah Khan backed out. The expected support of the Muslims of Chinese Turkestan did not materialize either. Enver Pasha died on August 1922, launching a suicide charge on horseback: he had refused to surrender or flee anymore.

The fate of those involved in the Comintern endeavor was also grim. Cancellation of the Indian project and infighting between Indian communists weakened Roy’s position. Additionally, Roy’s mentor Lenin was enfeebled by multiple strokes. Lenin died in 1924, shortly after Stalin consolidated power. In 1925, the Comintern, in an ironic act of imperialism, ordered the Communist Party of Great Britain to control India’s communist movement! The Communist Party of India founded in Tashkent was now effectively gutted. Roy lingered, despite his plummeting status. In early 1927, Roy and his old friend Borodin were sent on a sensitive mission to China, where civil war had begun. The mission failed, leading to mass expulsion of Russian officials from China and severely crippling Russian influence there. Though exonerated for this failure, Roy was soon expelled from the Comintern. A disillusioned Roy left Russia and eventually found his way back to India. Roy was briefly imprisoned by the British; afterwards he languished in the political wilderness till his death in 1954. 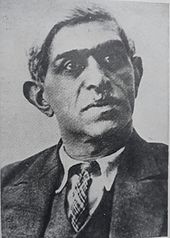 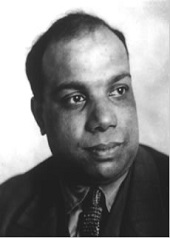 Most were not as fortunate: the leading Indian revolutionaries in Russia were murdered in Stalin’s Purge. Zinoviev, who presided over the Baku Congress, was also shot. Many Indian revolutionaries in Europe did not survive fascism and World War 2. The Pan-Islamist revolutionaries became disappointed with Turkey’s secular turn and the West-friendly Arab sheikhdoms. Few, such as Ubaidullah Sindhi, eventually managed to return home. The Communist Party was however rebuilt in India through 1922-‘25, by the efforts of the Eastern University graduates and other leftists. Despite ambitious, long-term plans, the communists were eclipsed by the mainstream Indian National Movement. The Comintern itself ended quite ingloriously: during World War 2 Stalin had the organization dissolved to placate his Western allies.

PS: This is my article in DNA, published on March 25, 2018. Here’s the link to the original article.