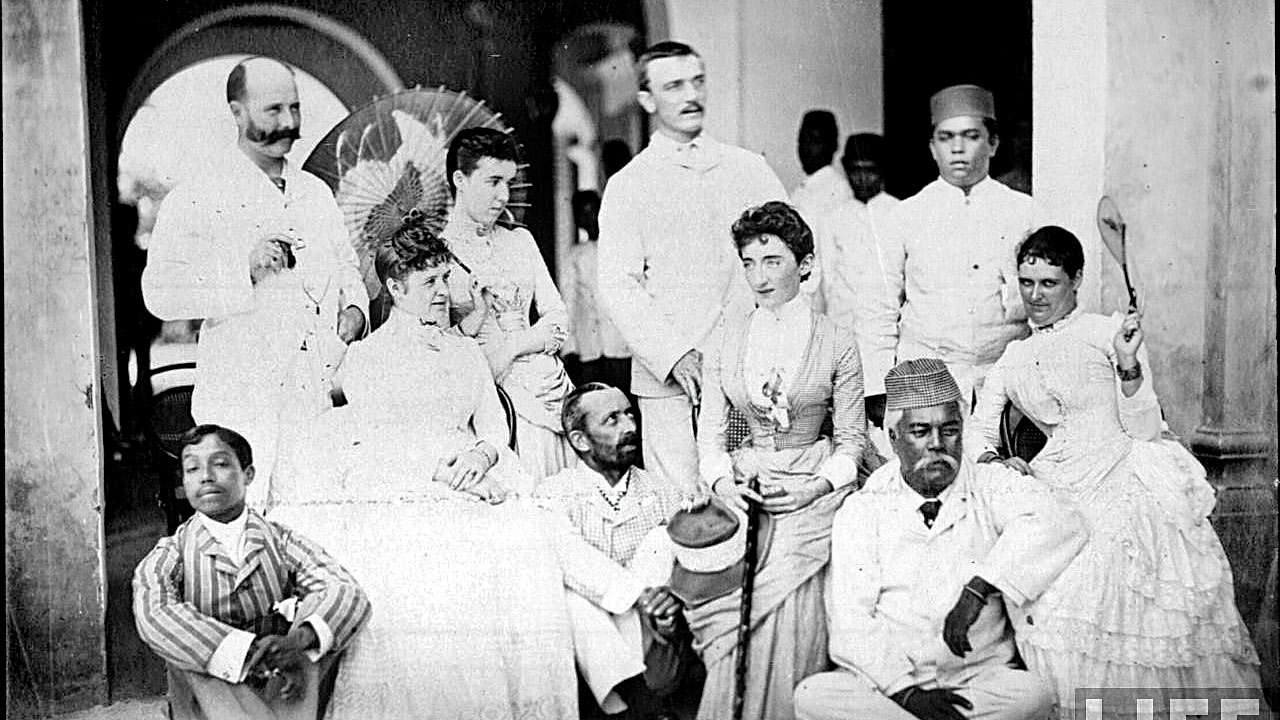 When the British rose in power in India they faced an increasingly difficult situation – there were too many young British men in their colony. India was a land of opportunity for many Britishers and thousands scrambled to India, keen to make their mark. British men were strongly discouraged from marrying Indians in order to maintain notions of British exceptionalism and supremacy. However, the men’s need for female long-term companionship had to be met. On the other hand, women in Britain faced steep matrimonial challenges in their sexist society. As a result, thousands of single young women sailed to India to find suitable husbands. This was derisively nicknamed the “Fishing Fleet”, a phenomenon alluded to in many cultural depictions of Colonial India, but largely unknown outside academic research.

Before India was completely subdued there existed marriage relationships and significant intermingling between the British and Indians. However, following British ascendancy (from the 1750s), British respect and awe of India began to slowly wane. With racist and imperialistic ideologies strengthening, India’s stature dropped. Indians were now seen as racially inferior heathens to be ruled by the superior British race. The gap between the rulers and the ruled had to be kept sacrosanct. The races could not be allowed to mix anymore – and the few who broke this rule were ostracized. After the Great Rebellion of 1857 and formation of the British Raj, the divide became very severe.

The East India Company (EIC) leadership initially chose an old Portuguese solution. Long ago, the Portuguese shipped orphaned girls to India as brides for Portuguese men serving there. The government provided dowries, in the form of jobs for the husbands when the couple returned. Due to practical difficulties, the Portuguese stopped this and found brides locally. However, the British possessed more resources and newer technologies of healthcare and transportation. The first batches of women they shipped to India were adventuresses (or were of questionable reputation), or orphans from gentle families. The Company supported them for one year, the time allocated to find husbands. The unsuccessful were quickly shipped back. As Britain began to rise to paramountcy, the number of women sailing to India slowly increased, even without the Company’s direct involvement. The bureaucrats and company administrators in London derisively called this the “Fishing fleet”.

Prevailing social conditions in Britain were also responsible for this phenomenon. In those days, British women had few rights and most professions were denied for them. Some education was imparted, but marriage was seen the only true goal. This alone gave women status and security. Moreover, unmarried women past the age of twenty-five were seen as “old maids”. Without marriage a woman’s prospects were bleak: she would have to live on her inheritance or with close relatives – or work as a governess or caretaker or nurse. Women outnumbered marriageable young men in Britain: a girl not blessed with beauty, money or pedigree had little hope of marrying well. But in India, British men heavily outnumbered women. For many women, this huge pool of clearly enterprising young men – who also keenly sought mates – offered a much better chance of getting a good husband.

As British control solidified and the Crown replaced the Company, India’s reputation as a fishing grounds for “good catches” grew. More and more women began to sail for India. By the 1850s most of the women were sent by their families; a few were returning to India after a brief education in Britain. The girls were escorted and guided by older married women. These prospective brides moved in rarefied atmospheres – the clubs, bungalows, hill-stations, cantonments and churches – of British India. They lodged with friends and relatives, or shared accommodation. The rigid hierarchy of the British society in India, the conformity requirements, and India itself was a culture shock. The need to cultivate the right contacts, the confusing rules of engagement, the constant pressure to act “suitable” took a toll on the women. Even married life as a privileged “Memsahib” in India was not all a bed of roses. Yet, this was apparently better than spinsterhood in Britain. The efforts usually paid off – very few returned to Britain without a husband. The ones that were unsuccessful were derisively called “Returned Empties”.

British women in India did not make much of an impact in the affairs of India. The Raj was a Man’s World and the ICS, armed forces, bureaucracy, etc. were never open to British women. Yet, in their restricted roles as wives, mothers and Memsahibs, the women from the Fishing Fleets helped maintain British rule in India. The Fishing Fleets wound down between 1900-1930s: in this period, women’s liberation movements blossomed. The fetters began to break, and more avenues opened up for women within Britain. World War II and the Indian National Movement’s success finally ended the enterprise.

PS: This is my article in DNA published on April 28, 2019. This is also my 50th piece for DNA! Here’s the link to the original article.