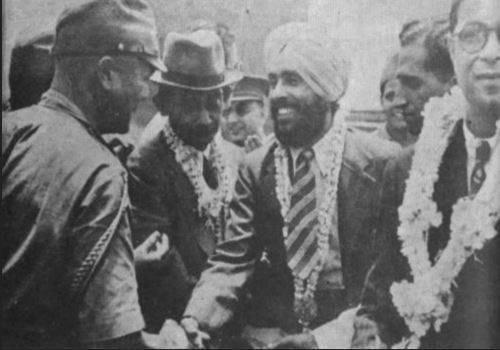 About a century ago, Captain T.E. Lawrence, better known as Lawrence of Arabia, turned a middling revolt deep in the Arabian desert into a whirlwind that swept away Ottoman power in the First World War. Lawrence was a multi-talented junior military intelligence officer in the British Army. The British leadership was unsure of the Arab Revolt’s chances. However, Lawrence’s liaising skills, his acumen, his brilliant strategies, and his close relationship with the Arab leaders achieved astounding victories. Lawrence’s feat became a benchmark for all operations aimed at bringing down hostile regimes by aiding groups opposing these regimes. During World War II there were similar program in the Asia-Pacific Theatre – including India. Parallel to Britain actions in Arabia, Imperial Japan sent her brilliant officers to utilize Indian rebels and malcontents against their mutual British enemy. Neither power was guided by true concern for their rebel allies; British and Japanese aims were purely imperialistic. The saga of the Indian rebels, particularly that of the Indian National Army under Subhash Chandra Bose, is familiar to us. However, the Japanese angle and the story before Bose’s arrival is less well known.

Japan’s Military Intelligence academy, located in Nakano region of Tokyo, was unassumingly named Army School – Nakano. This school provided training in various disciplines of war and espionage. From 1938 to 1945, over 2,500 agents and operators were trained. This institute would provide the men who would spearhead Japan’s grand strategy for the domination of Asia. The Japanese understood that the native populations of Asian nations chafed under European colonialism. The restive millions could be swayed by promises of liberation. Their more militant rebels could be befriended, funded and trained to aid Japanese campaigns. The fact was that Japan was an ultranationalist and expansionist regime. “Asian liberation” was a mask to hide its imperialist aims. Nevertheless, even a small army of natives fighting alongside them would give Japan legitimacy. Moreover, leaders from such forces could form friendly governments. This strategy was executed by relatively junior products of the Nakano School.

A brilliant and young officer, Major Fujiwara Iwaichi, focused on British India. Unlike most Japanese officers, Major Iwaichi was a polyglot, a scholar and an empathetic person who understood Indian aspirations. With a small group of like-minded Nakano alumni, he established strong links with the Indian and Malay freedom fighters in East Asia. Fujiwara’s organization was christened Fujiwara Kikan (Fujiwara Agency), or F-Kikan. Consequently, when the Japanese invaded British-held Malay Peninsula and Singapore in December 1941, there were uprisings and desertions which collapsed British resistance. Many thousand Indians were taken Prisoners of War: Iwaichi successfully recruited some Indian officers. One of them, Captain Mohan Singh possessed excellent oratory and leadership skills. In a great assembly of Indian prisoners in Singapore, in February 1942, Mohan Singh made powerful pleas which convinced nearly 15,000 Indian soldiers to fight for India. Thus, the first Indian National Army was raised.

The shocked British retreated to India. To engineer more mischief, Iwaichi proposed expansion of operations. However, the Army leadership promoted and transferred Iwaichi in October 1942. Colonel Hideo Iwakuro, co-founder of the Nakano School, took charge. The unit was renamed Iwakuro Kikan or I-Kikan and operations were expanded. However, a weakness in the Japanese strategy became evident. Japanese strategy succeeded when their leading officer was capable and sincere. Iwakuro was a tough veteran, but he was an ultranationalist and openly contemptuous of Indians. Fujiwara’s hand-picked team was also replaced with Iwakuro’s men. Iwakuro regularly clashed with Indian leaders. Indian agents and troops were wasted on ill-considered missions and the momentum was lost. This resulted in plummeting morale and desertions. Factional conflicts among Indians also muddled the situation. In December 1942, the Japanese crushed the dissent by disarming the INA and imprisoning Mohan Singh.

The INA was revived and enlarged under Subhash Chandra Bose following his arrival in the region in May 1943. Iwakuro was replaced by another Nakano alumnus. The unit was renamed Hikari Kikan (Glory Agency). However, bowing to Bose’s vision for the INA as a frontline force, the Japanese unit was restructured.  Moreover, the influence of its Japanese commanding officer effectively decreased.  Nakano School graduates were still attached with INA units for propaganda and covert operations. However, by late 1944 such efforts were ineffective. Besides other stringent security measures, the British had created propaganda units called “Josh Groups” which strongly countered INA propaganda.

The story of Japanese military defeat, Bose’s death and the INA surrender is well known. After the war, most of the surviving Nakano School officers (including Fujiwara) transitioned into post-war Japanese military. Some held out deep in the Asian jungles as late as 1974, unaware of Japanese surrender! In the end the Indian project had failed, unlike their notable successes in Burma and Indonesia, but the men of Nakano School sure gave the British Raj the fright of their lives.

PS: This is my article in DNA published on July 7, 2019. Here’s the link to the original article.