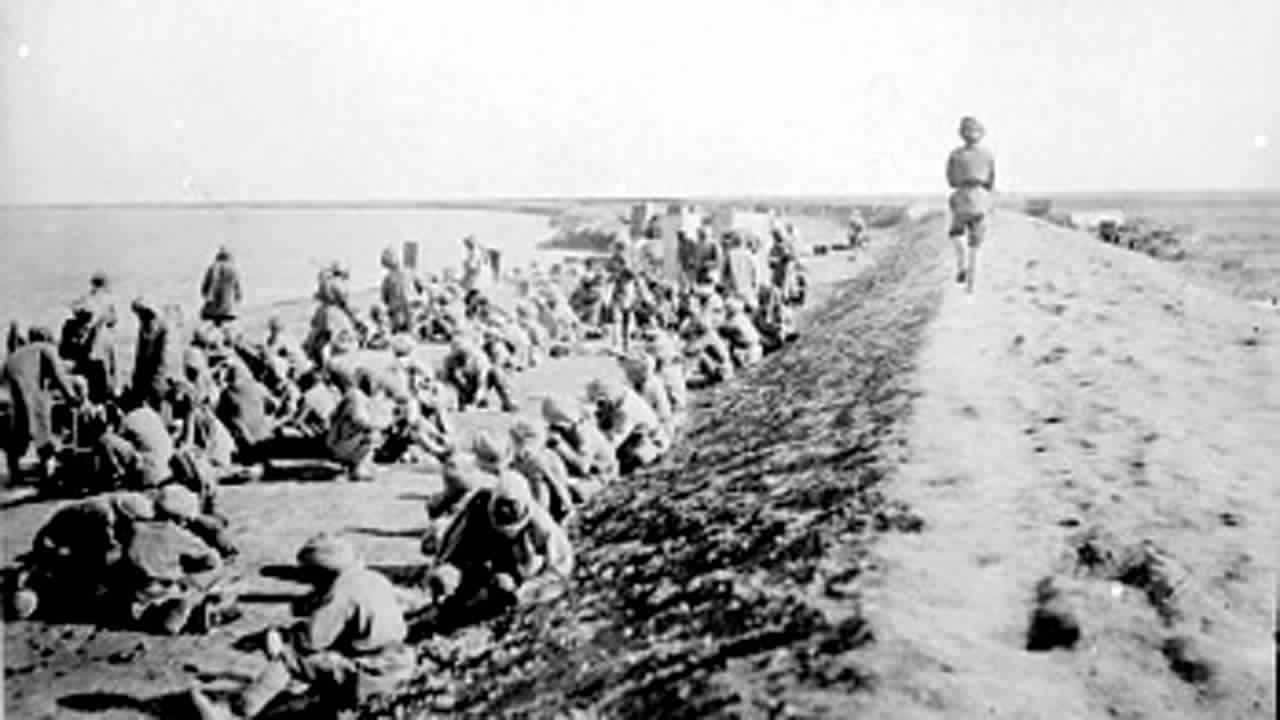 In the First World War Indian blood was shed most copiously in Iraq. Iraq was a key war-front as it was the most bountiful possessions of Ottoman Turkey. Moreover, it was also quite near India. In 1914-1918 about 700,000 Indian troops were fielded there. By mid-1915, the British expedition was tottering: the tenacious Turks were determined to eject Britain from the region. The capricious and seemingly indolent natives couldn’t be trusted: many Iraqi Arabs supported Turkey. The nomadic tribes were quite predatory. Flood, silt, flies, heavy downpours, storms and deadly diseases significantly hampered operations. Above all, the logistical difficulties in maintaining the huge invasion force were staggering. The Empire recruit more from the “martial races” for fighting, but they needed bodies for the dirty work – i.e. manual labor, and sanitation duties. India, with her teeming millions of wretched and oppressed, could meet this demand. 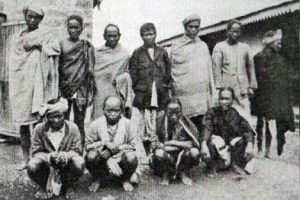 Massive infrastructure works had to be commissioned in Iraq: the British Army demanded thousands of laborers. Porters and mule-drivers were also required in large numbers. The news about the British difficulties had become widespread and few were eager to enlist. The British now pressed the administrative machinery in India and the princely states to “organize” huge labor detachments (with many from tribes and the lower-castes), usually headed by retired soldiers. Resistance to such enlistment, and ethnic and caste conflicts in such detachments contributed to much strife. A notable example is the Kuki Rebellion in Manipur.

Though most were sucked into Iraq, some laborers were sent to European and African fronts also. The British could still not find men for the monumental manual scavenging tasks – the caste element made this very difficult. They considered Impressment, i.e. forcefully commandeering subjects without notice. Some British leaders proposed to hold the “Criminal Tribes” hostage for impressment. The British finally decided to form detachments composed of Indian convicts: they would “persuade” particularly the low-caste prisoners to become latrine cleaners and night-soil carriers, in return for reduction of their sentences. The British propaganda machine had been presenting the Indian war effort as a fully voluntary endeavor. A rather predatory enlistment of low-caste convicts was therefore covered by fig leaves of “reform” and “regaining honor”. Thousands of such “volunteers” were sent into crushing work regimes at half the wages paid to non-convict laborers. In total, about 100,000 Indian laborers were sent to the Iraq front after much bureaucratic and legal acrobatics – the pretexts had to be maintained.

The moniker “Jail Labor Corps” was used for convict detachments, even though the convicts soon began to hate it. As planned, they were assigned to manual scavenging. Sometimes they were used to break-up local Arab protests. Despite stringent rules on prominently displaying their identity as convicts, the convict-laborers soon adopted military trappings and insignia. Perhaps they truly believed the British propaganda on regaining honor with their service.  Notions of honor soon became double-edged – the convicts began to refuse to perform “demeaning” latrine duties. Equal compensation and leave was also demanded. The British crushed protests and any attempts by convict laborers to assert themselves. Though some demands were met, servitude was maintained by threat of force. The “free” laborers on the other hand did not cause much problems and were valued for their cost-effectiveness. British leadership considered retaining Indian laborers in Iraq for a longer period, for further imperial projects. However, after the Turks retreated in early 1918, pressure from sections of the government and the Arab leadership forced the British to slowly send back Indian laborers. Some convict laborers and free laborers managed stay behind by deserting or finding employment in other sectors. The labor demand in post-war West Asia provided ample opportunities to those who had acquired new skills. Such Indians perhaps created the precedent and the foundations for the later waves of emigration of Indian laborers into West Asia.

Over ten thousand Indian laborers perished in Iraq due to exertion, malnutrition and disease – more suffered resultant infirmities for the rest of their lives. West Asian perceptions of Indian were arguably warped in this period – thousands of Indians slaving away for their masters were a far cry from the prosperous medieval Indian kingdoms which once attracted many Arabs. Adverse impact on tribes and low-caste groups due to enlistment drives was ignored. Contemporary media and the Indian political mainstream also ignored low-caste convicts being scooped up for manual scavenging duties abroad. It was only in 1920 that the Congress passed a resolution requesting Indians to not serve there – but even that was in the wake of an Iraqi rebellion. The ignorance continues to this day. Many are aware and are proud of Indians’ warfighting contributions in colonial wars and the World Wars; the story of thousands of laborers who served in foreign shores during the World War is however largely forgotten.