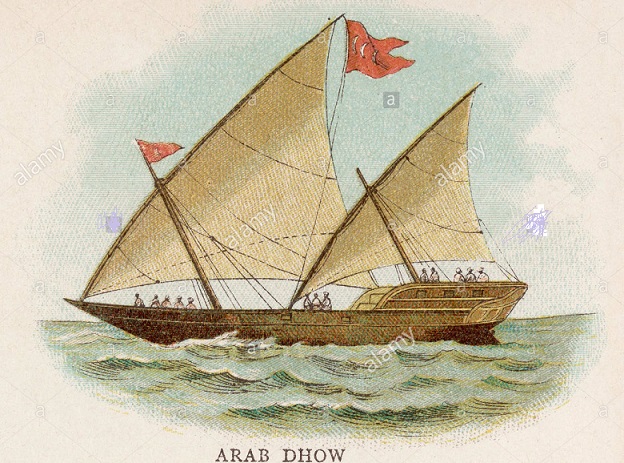 Bombay port was a scene of hectic activity in November of 1819: a great imperial expedition was underway. Warships, troop carriers and support ships were being readied to carry three thousand British and Indian soldiers to wage war in the Persian Gulf. For decades, the so-called “pirate kingdoms” of the Persian Gulf’s southern coast(present day UAE, Qatar and Bahrain) had been preying on British shipping. The British had launched naval patrols and a punitive naval campaign ten years ago, to no avail. This time the authorities resolved that Arabian threat had to be put down for good. Also, the political system of that region had to be shaped to suit the Empire’s strategic objectives. The 1819 campaign turned out to be successful for the British and the impact of the expedition and the subsequent treaties endure to this day.

In the 17th century, the Al-Qasimi tribe (the line of the current Emirs of Sharjah and Ras Al-Khaimah) established control over large parts of the Persian Gulf Coast. Other tribes held sway over Qatar and Bahrain. These tribes adopted what western historians called “piracy”, due to the lack of productive land, means of livelihood, and strong maritime authority in the region. Moreover, these states perceived themselves as legitimate authorities and claimed toll from vessels passing through their littoral regions. The imperious British did not acknowledge such claims and refused to pay. The Al Qasimis, the most warlike tribe of the lot,began plundering British ships. Imperial narratives portrayed this as piratical acts by predatory groups. (Multiple sources do point out that the tribes of this region had been known for preying on commerce and travelers for centuries). Within a few years the Qasimis grew bolder and bolder and even ventured into the Arabian Sea. Additionally, fundamentalist Wahhabism gained influence across the Arabian Peninsula. The Wahhabi clerics directed the Qasimis to plunder all infidel and “apostate” Muslim shipping, without exception. The religious aspect made the British very worried; they feared Wahhabism inching closer to India with her millions of Muslims denizens. Besides, the British had a history with piracy too. Down the ages, many nations had made piracy the cornerstone of their policy: England’s growth as a maritime power owed a great deal to slavery, piracy and privateering (privately owned vessel commissioned by royal letter of marque to attack enemies). She had preyed on Europe’s Catholic kingdoms, sometimes in league with Protestant Dutch and Muslim powers. By the 18th century, England had morphed into Great Britain. She adopted the trappings of a modern state and abandoned slavery and piracy. However, she had not forgotten the impact of piracy on her rise: perhaps today’s tiny pirate states could grow into a serious threat. Such a threat could not be allowed to fester so close to India, the Jewel in the Crown. 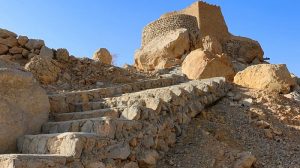 In November 1819 the British-Indian force set sail under General William Keir Grant. The Qatari state under Rahmah ibn Jabir, a much-feared raider, supported the British. He had long realised that the British were too powerful. Moreover, the Qasimi were his rivals in those waters. Sultan Said bin Sultan of Oman also supported the British for similar reasons. The British-Indian forces, the Omanis and the “good pirates” attacked the Qasimis in December 1819. Within a week the Qasimis were crushed. Their capital, Ras Al Khaimah, and other towns were razed to the ground. The Qasimi surrendered after suffering heavy casualties. General Grant navigated skillfully across the political landscape and brought in line every chief of the Persian Gulf’s southern coast. The landmark General Maritime Treaty of Peace was signed in 1820. Slavery, piracy, and inter-tribal conflicts without British sanction were banned. The chiefs had to fly “white pierced red flags”, instead of the blood-red flags they hitherto sported. The white signified that they had abandoned piracy. Even today, the flags of the Emirates of the UAE feature variations of this rule. 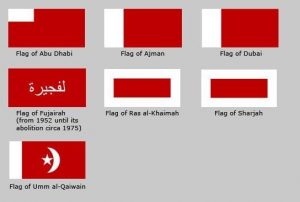 Such provisions defanged the Arab states and made the Empire their de-facto master. Minor inter-tribal conflicts persisted till 1835, when the states agreed to a “perpetual maritime truce”. The former pirate states became known as ‘Trucial States’ as they were bound by a truce with the British Empire. For a long time, security and support were provided by British India. This engagement was deep, and the Indian Rupee became the de facto currency in the region. In 1968 Britain abandoned its protectorate of the Trucial States. After some political upheaval, the sovereign nations of Qatar, the UAE and Bahrain emerged. It is interesting to note that Indians have been always involved in the fortunes of the present-day Persian Gulf states. Two centuries ago Indians helped forge the Trucial States in blood and fire. Since the 1970s, Indians played a major role in building the sovereign nations that emerged.

PS: This is my article in DNA, published on September 16, 2018. Here’s the link to the original article.