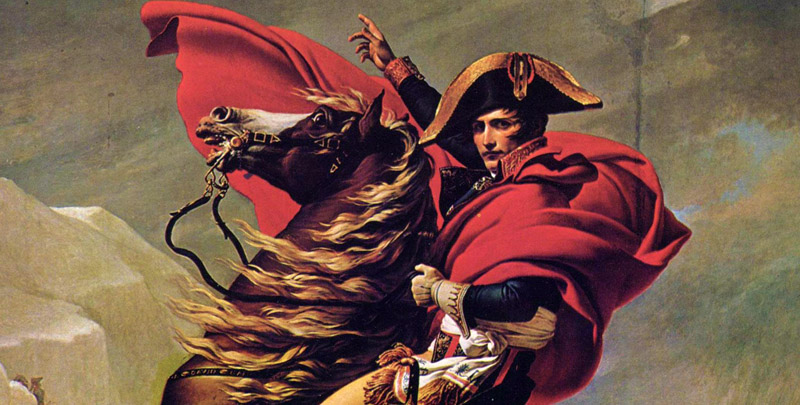 By 1763 C.E., the British had defeated the French in a series of long, drawn-out colonial conflicts in India such as the Carnatic Wars. In Europe and North America also the British ended French supremacy, in the course of the Seven Years War (1756-1763). The ensuing Treaty of Paris returned French territories conquered by the British, but it included stringent provisions which forestalled French imperial ambitions in India. For the next three decades the French chafed in their tiny coastal enclaves watching British tighten their grip on India. However, events during the French Revolution and Napoleon’s rule made a second round for India quite possible – a threat the British took very seriously. 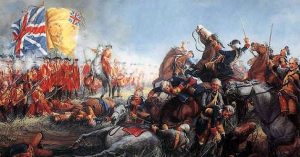 Britain drained great wealth from India and became a superpower. The French resented their ancient enemy’s rise but their nation was enfeebled by the weak and degenerate French monarchy. In this period enterprising French soldiers served Indian rulers and made great fortunes. Their example attracted thousands of French adventurers into the large European detachments fielded by Indians. Unlike the officers commanding the British imperial machine, most of these Frenchmen did not hail from the nobility or gentry. Poverty, the ossified society and extreme inequality in France had forced these middle and lower-class Frenchmen to become mercenaries.

The French Revolution erupted in May 1789 primarily due to social antagonisms. The Revolution’s initial liberal, constitutional phase ended in 1792, and a phase of authoritarian terror began. This three-year phase saw the radical Jacobin movement capture power. The Jacobin leaders were hardline, left-wing revolutionaries mostly hailing from the middle-class. However, the radicalized, long-suffering lower classes were their main constituency. This bloody phase of authoritarianism, known as the “Reign of Terror”, set off the French Revolutionary Wars – global conflicts in which many European nations fought France. France mobilized and slowly overcame its enemies: a young officer named Napoleon Bonaparte now emerged as the national hero. Jacobin rule collapsed in late 1794, but their radical ideas spread overseas. Many Frenchmen in India apparently embraced Jacobinism. After all, they hailed from the classes that supported Jacobinism back home. 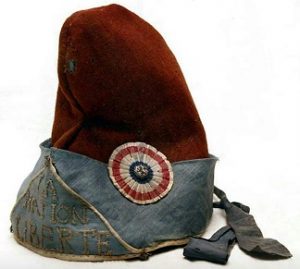 Michel Raymond, the French commander of the Nizam’s enormous European Corps, became a Jacobin: his officers and troops followed. Scindia’s French general Perron was also a Jacobin and corresponded with Raymond and his officers. French troops across India began to adopt the new French tricolor and revolutionary symbols such as the Cap of Liberty. A “Jacobin Society of Mysore” was formed by a self-professed Republican envoy and Tipu Sultan’s French officers. This led to diplomatic activities and the arrival of French volunteers from Mauritius (then a French colony) in 1798 to aid Tipu.

The British became paranoid about Jacobinism radicalizing French troops in India. They were even more fearful for their infant Indian empire: French expeditionary forces could land in India and ally with hostile Indian powers, who already possess radicalized French forces. Moreover, since 1795 French ships based in Mauritius had been conducting destructive naval raids on British shipping. Napoleon, now very influential in France, invaded Egypt in 1798. He planned to subsequently conquer Palestine, sail to India, ally with Indian rulers, and topple the British. The British now acted quickly. French forces in Palestine were defeated by a British-Ottoman alliance. Further reverses forced Napoleon to abandon Palestine and his plans for India in 1799. The British conspired with the Nizam’s courtiers against Raymond – the Nizam also soon feel in line. Raymond died suddenly under suspicious circumstances. Shortly after, the British and Nizam’s troops surrounded and disarmed the French soldiers. The captives were shipped to Europe. Next, the British killed Tipu Sultan and annexed Mysore in 1799. 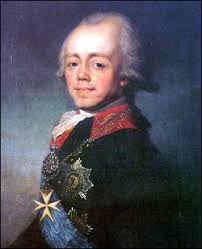 Napoleon was however not done. Russia’s Tsar Paul I allied with Napoleon (after abandoning the existing Anglo-Russian alliance) in 1800 and planned a joint invasion of India. Paul I sent a huge vanguard into Central Asia to secure the invasion route. However, the Tsar was brutally assassinated and the plan was shelved. Some allege that the British had a hand in the assassination – a Russo-French alliance would have been very formidable. The British also managed to bribe, undercut or eliminate the Frenchmen serving the Marathas. By the end of the 2nd Anglo-Maratha War (1805), French mercenary presence in India had practically ended. In 1810, the British conquered Mauritius after suffering years of naval raids, thus eliminating the last vestiges of the French threat.

Many historians feel that the British overreacted to a minor and ultimately meaningless revolutionary wave among French mercenaries. Some even argue that the Jacobin bogey was completely fabricated by the British as a pretext to conquer more Indian kingdoms and remove French soldiers from India. Nevertheless, the Napoleonic threat was real and the risk to the British Empire in India was not negligible. A healthy mix of paranoia and strategic thinking – and the willingness to use any means necessary – had made the British victorious once again.

PS: This is the slightly edited version of my article in DNA, published on May 13, 2018. Here’s the link to the original article.