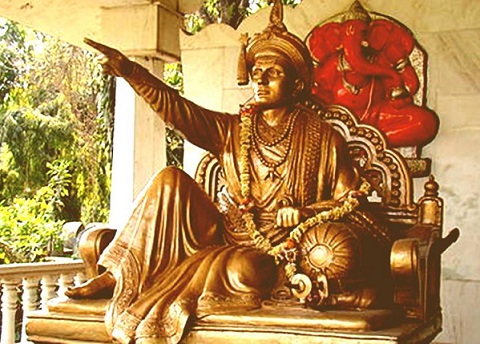 The mighty Maratha Confederacy was brought to its knees due to disunity and intense infighting. After Shivaji passed away, the ambitions of individual leaders caused irreparable damage to the Maratha cause, even at the apex of Maratha glory. This led to fundamental weakness in Maratha polity and economy. The Maratha chiefs fought each other for power and petty jealousies, while the scions of the Peshwa and the Chhatrapati families indulged in kin-slaying and other conspiracies. This was indeed the kind of chaotic situation that the British used to their advantage in India. Today we look at an episode where Pune and Nagpur were razed in succession by opposing Maratha factions, in alliance with Hyderabad, their mortal foe.

The Maratha cities of Pune and Nagpur already had dark pasts. Nagpur, an important city of the Gond kingdoms, had seen several bloody wars of succession. Raghoji Bhosale, a Maratha chief and the governor of Berar, mediated multiple rounds of conflicts between two warring Gond princes. He had also been slowly claiming parts of the Gond kingdom as arbitration fees. The conflict finally ended when Raghoji marched into Nagpur and seized power in 1743. Raghoji Bhosale’s energetic rule and encouragement of immigration made Nagpur a major city.

Pune city also had a violent history. It was the fiefdom of Maloji Bhosale (the grandfather of Chhatrapati Shivaji) who served the Ahmednagar Sultanate. The Bhosales of Nagpur were distantly related to these Bhosales of Pune. In 1630 Pune was plundered, razed and the land thoroughly ploughed by a Maratha general of the Bijapur Sultanate. In 1637, Maloji Bhosale’s son Shahaji entered the service of the Sultan of Bijapur and got back the wasteland that was once his home. Shahaji rebuilt Pune and soon it became a thriving city again. By the 1710s, the Peshwas who were based in Pune made it the capital city.

Following the Maratha defeat in the 3rd Battle of Panipat in 1761, the surviving chieftains tried to recoup lost power and wrest control over the confederacy. The Nagpur Bhosales had been campaigning elsewhere and did not get decimated at Panipat. The new Peshwa was the young but brilliant Madhavrao. His uncle Raghunathrao was also capable, but he lusted for the Peshwa office. Tensions began to rise, and civil war was brewing. The Nizam of Hyderabad, great foe of the Marathas, used this situation to invade the Maratha heartland with a massive army. Within weeks the Nizam’s forces reached Pune. The Maratha chiefs came together at this point and the Nizam was defeated. However, the wily Nizam soon roped in Nagpur’s current ruler, Janoji Bhosale. Janoji had succeeded Raghoji Bhosale in 1755, after prevailing over his brother Madhoji. However, the Peshwa had pried off some of Janoji’s lands and bestowed them to Madhoji. This had made Janoji Bhosale very resentful.

In 1763, the Nizam and Janoji Bhosale invaded the Peshwa’s lands. Their combined forces sacked and burnt Pune in a swift campaign. The frantic Maratha chiefs promised the Janoji Bhosale great riches if he turned against the Nizam. Janoji agreed and his army fell upon his unsuspecting allies. The Nizam’s forces fled suffering heavy losses. Peshwa Madhavrao kept his word and offered rich prizes to Janoji, but the Peshwa secretly resolved to punish Janoji for burning down Pune. Moreover, Janoji openly favored the Peshwa’s uncle and rival, Raghunathrao.

The Peshwa got his chance soon. In 1768, Janoji attempted to raise Raghunathrao to the office of the Peshwa. Peshwa Madhavrao quickly imprisoned his uncle and marched into Nagpur. He decided to pay back Janoji in his own coin. The Peshwa invited the Nizam, the last victim of Janoji’s treachery, to join the expedition against Janoji Bhosale. The Nizam was only happy to oblige and sent his forces to aid the Peshwa. Janoji fled Nagpur, leaving the city undefended. The destruction of Pune by Janoji was avenged when the Peshwa’s and Nizam’s armies plundered and burned Nagpur. Soon, the humbled Janoji accepted the Peshwa’s suzerainty in return for amnesty.

This episode is representative of Indian rulers’ short-sightedness and the chaotic scramble for power in the 18th-19th centuries. Pune and Nagpur rebounded in time – and even these events pale in comparison to later Maratha misfortunes. However, the point is that these city destructions happened right after the great catastrophe at Panipat – which was clearly due to errors stemming from disunity and hubris. This was the kind of chaos that was quickly utilized by the British, who were united and driven by singular purpose. It might be harsh to judge such events with using the luxury of hindsight; nevertheless, this episode perhaps shows that shared ethnicity or caste or faith is not enough bind together various groups to create a nation. Perhaps there are other ingredients that are required to forge a unity that overpowers base instincts.

PS: This is my article in DNA published on February 24, 2019. Here’s the link to the original article.