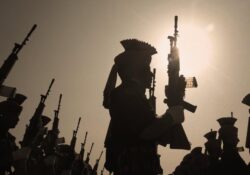 The Agnipath Tour of Duty program marks a fundamental shift in India’s military recruitment policy. Those who oppose this include senior veterans and defence specialists who have suggested major changes, if not shelving the program completely. The controversy has seemingly simmered down following the government’s promises in response to the nationwide protests. Nevertheless, certain criticisms and possible implications of Agnipath still require some examination.

A few detractors had posited that given the social truths evident from our recruitment patterns, the annual elimination of three-quarters of recruited young Agniveers would be a mistake. In an already unsettled Indian society, a coalescence of discontent young people who are trained in warfare – but lack the benefits of long service – could be problematic. The social stigma and unfulfilled aspirations could push the dissatisfied young ex-serviceman into unsavoury activities. Enlisted personnel have been retiring regularly, so what will change with Agnipath? Can large, concentrated numbers of discontent young ex-servicemen turn into a threat? Let us take a closer look at these questions while considering a couple of cases from modern history.

Every year, around 60,000 soldiers retire after 17-24 years in service, based on age and the parent service’s term of engagement. Let us make an important distinction – we are now talking about Indian citizens from the Sepoy and Non-Commissioned Officer ranks, who retire well before Junior Commissioned Officers and Commissioned Officers. Most of them are in their late 30s-40s: young and needy enough to embark on another career. However, they are now mature individuals, moulded by a professional military. They have picked up employable skills and possess valuable military experience gained from a variety of postings and by braving immense challenges.

The professional culture and the traditions of the forces infuse a secular, pan-Indian spirit. The long service in the close-knit organisational culture instils the core ethos of ‘Naam, Namak aur Nishan’ or honour, loyalty, and identity, bound to the soldier’s ‘Paltan’ (Regiment or Unit) and to the nation. These tenets underpin the oft-quoted ‘Paltan ki Izzat,’ or ‘(for the) honour of the Regiment,’ the Indian soldier’s all-encompassing credo, which civilians can perhaps not truly fathom.

Traditionally, an Indian soldier’s ‘Tour’ implies at least minimum term of engagement, and a lifelong attachment to the unit. Besides service undertakings, a key aspect is that the soldiers retire on their own terms, with their honour and self-respect intact. This is something as valuable as pension and benefits. They have not been subjected to any “rank-and-yank” elimination process which permanently mark some as lesser soldiers. The ex-serviceman’s honour and identity keep his demons and emotions well in check.

The Poonch rebellion of 1947 had a major impact on the Kashmir conflict. In June-September 1947, over 60,000 World War-II veterans from the tribes of Poonch and Mirpur regions rebelled against the Maharaja’s regime. The tribes were ethnically and culturally distinct from their co-religionists of the Kashmir Valley. The regime also considered the tribes as loyalists. As recruitment for World War-II commenced, the tribals were encouraged to join the British Army, where they soon gained military experience.

By April 1947, there was tension between government and returned veterans due to unemployment, heavy taxes, parochial policies, and unpaid arrears. When the Maharaja toured Poonch, almost every ex-serviceman assembled to meet him in Rawalakot. However, this turnout was perceived as a hostile show of strength. Actual intentions aside, the veterans did outnumber the state troops, possessed combat experience, and were aggrieved. Further, powers which sought Kashmir’s accession to Pakistan had been stirring rebellion everywhere. The ensuing program of suppression and disarmament and the unravelling political situation enraged the veterans who rose up in revolt.

The entry of the veterans into the rebellion spreading across the state made the situation in Kashmir extremely serious. Some rebels, veterans included, crossed into Pakistan. Pakistani leadership used them to fire up and muster thousands of armed raiders from the northern tribes for the annexation of Kashmir – plans for which had been on the works for many months. The invasion of October 1947 and the first Indo-Pak war might have gone very differently without the involvement of the veterans in the rebellion and the military campaigns.

The Weimar Republic had overthrown the Imperial regime and ended World War I before Germany itself was consumed. However, the Republic’s mistakes in healing and resettling their disbanded young soldiers would cost the world dearly. The outbreak of World War I in 1914 led to mass conscription of young Germans. The citizens of this new state unified not 50 years ago, enthusiastically joined the war. Visions of quick victory soon changed to shock, as a whole generation became traumatised in the horrific slaughterhouses of that war. At the brink of nationwide collapse, the new leadership (which overthrew Imperial rule in an uprising) sought armistice – even though the army itself was not yet totally defeated in the field. German soldiers were shocked, enraged, or in denial as they trudged back home. Most were discharged unceremoniously as a condition of the armistice.

These agitated and disillusioned young ex-servicemen became easy prey for the propaganda of fascists trying to overthrow the fledgling Republic. Moreover, the powerful military leadership wanted scapegoats for their inability to win. The targets of both parties were the democrats, the growing communist movement, and the Jewish minority. The propaganda was that these enemies “stabbed Germany in the back” and were the cause of all the suffering of true Germans. Soon “free corps” (Freikorps) of freebooting militias mushroomed, recruiting primarily young ex-servicemen. The Republic myopically joined hands with the militias to crush their mutual enemy, the communists.

Germany soon turned into a hellish kaleidoscope of militias and gangs of all political hues. They expanded through political funding and grift, renting out military services, looting, and criminal enterprises. The Republic tried to uproot the militias, but they never really went away. The radicalised militias simply changed names and concealed themselves in Germany’s poisoned political landscape. Many crises and much bloodshed later, a veteran named Hitler grabbed power. This feat owed much to his party’s massive militia (composed mostly of the Freikorps’ men) and their extra-judicial methods.

There are other examples in history, but the above perhaps suffice to consider the criticisms of the Agnipath program. Of course, the princely state of Kashmir or inter-war Germany is not exactly the same as today’s India. Nevertheless, one could make the case that large numbers of disbanded young soldiers bearing resentment and stigma, ongoing economic or political crises, coupled with nefarious interests trying to exploit the situation could be a very dangerous situation.

In Agnipath, only one in four Agniveers gets to continue being a soldier for 15 more years. Every year, we will see about 30,000 young personnel discharged with no pension or benefits, albeit with severance and some avenues of resettlement. In a decade, this number would be closer to 2 lakhs. Arguably, those swathes of India that contribute the bulk of our soldiery, will also have most of the eliminated returnees.

Even a small percentage of disillusioned or desperate ex-servicemen among this populace would be a significant number. A few veterans and defence specialists have argued that such Agniveers could be picked up by unsavoury organisations, as muscle. Areas with larger concentrations of the discharged could be more susceptible to propaganda and enticements to that end. This could further shift the ‘normal’ in Indian politics. Another possibility that was raised is that Private Military Contractors (PMC) would find ways to recruit Agniveers. India’s frontline ground units train and deploy soldiers for many years to ingrain army ethos and battle experience. Such warriors are expected to and are ready to make the supreme sacrifice. The old system was time and battle tested; modalities and implications of the rising number of Agniveers in frontline ground units in combat zones are yet to be seen. Nevertheless, even the four years of training and experience in India’s armed forces would be attractive enough for the rapidly growing corporate warlords of the world, looking to put boots on the ground for the highest bidder.

Our ex-servicemen, moulded by long years in the service and maintaining their lifelong Naam-Namak-Nishan link have so far not shown any inclination for the above possibilities. This has more to do with the ethos than any contractual undertaking that one will never serve in other military roles. Ex-servicemen have not coalesced into a politicised or radicalised power bloc ready to use violence (which they are quite capable of) even in the darkest chapters of India’s history. This is despite chronic problems faced by ex-servicemen in the civilian sector.

However, with the new program in place, will the dire predictions of the detractors come true – assuming some or all aggravating conditions are met? Will we wake up to news of Indians in the casualty lists of Wagner Group and Blackwater (now Constellis) type entities operating in various conflict zones of the world? Will we see steely-eyed former soldiers in new quasi-military militias of political parties, caste groups, and religious sects?

One hopes Agnipath is refined as required, receiving inputs and blessings of all stakeholders. The last thing we need is seeing a political strongman or some PMC contingent served by men who once guarded Bana Post and Nathu La.

PS: This is my article in The News Minute published on August 10, 2022. Here’s the link to the original article.