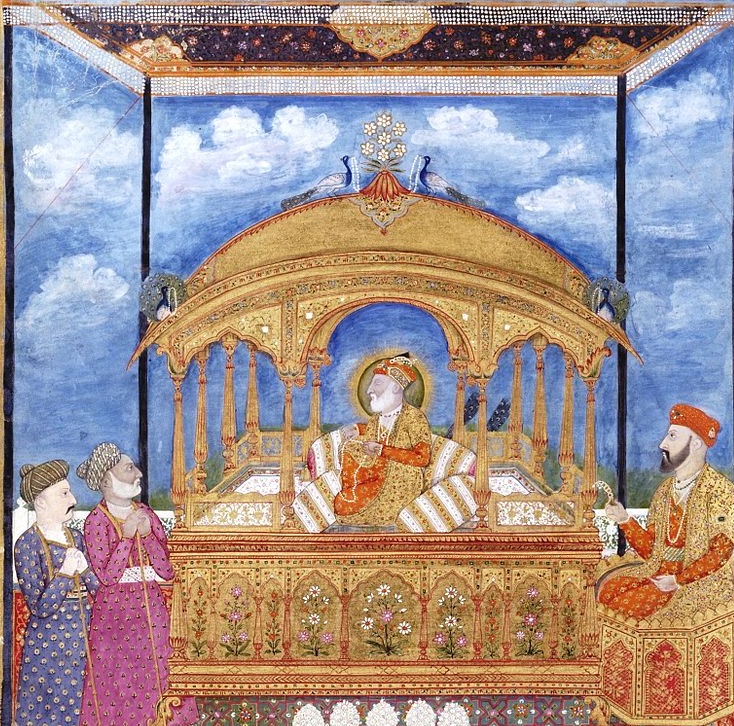 This is the final part of a three-part series on the unfortunate Mughal Emperor Shah Alam II.

It was self-preservation that made Emperor Shah Alam II choose the Maratha general as the regent. Shah Alam’s best and loyal officers were long gone, and he knew first-hand Mahadji Shinde’s capabilities. Moreover, as his plans to rebuild the empire had now stalled, the best Shah Alam could do was to get Maratha protection. Shinde knew that his imperial titles were meaningless – unless he whipped the back empire into a decent state. If he managed this, he could utilize the name of the Mughal Emperor to gather support from every corner of the Indian subcontinent. A few things had to be taken care of. There were some stubborn enemy states nearby, Mughal governors of doubtful loyalty, and rebel generals and roving warlords. Secondly, long pending dues (tributes and fines) from various local powers had to be claimed. To tackle these, Mahadji Shinde campaigned extensively between 1785 and early 1788, in the name of the Emperor and the Peshwa. His son-in-law represented him in Delhi and Maratha detachments were stationed in key cities. Shinde was able to achieve some success, but not without cost. However, an unforeseen threat was fast rising elsewhere.

The Rohila sardar Zabita Khan had died in 1785. He was succeeded by his son Ghulam Qadir, who had been castrated by the Emperor years ago. The talented Ghulam Qadir rapidly rose in power. From his domains in the Upper Doab, he made his move in July 1787, determined to fish in troubled waters. Joining hands with the Sikhs and some Mughal rebels, he captured Delhi. Ghulam Qadir had been apparently damaged irrevocably by his ordeal: he had bouts of extreme rage bordering insanity. He felt he was Rohila retribution personified and called himself Qahar-i-Khuda (Scourge of God). The frightened Emperor “graced” Ghulam Qadir with an audience and bestowed high titles, as the latter glared at him with barely contained rage. A sudden counterattack by the Maratha garrison and allied mercenaries forced Ghulam Qadir to retreat. However, in a few months he returned.

Shinde was in the Chambal Valley when these events unfolded, but he had to wait for reinforcements, which arrived in March 1788. In the next three months he picked off rebel armies and advanced to Delhi. However, by July Ghulam Qadir had retaken the city. The subsequent 10-week interregnum saw unprecedented cruelty and bloodbath. Shah Alam was deposed and Bidar Bakht, son of a formerly deposed emperor, was crowned. Ghulam Qadir used every waking moment to exact his revenge. The royal family was starved and tortured, and every inch of the palaces combed to reveal the riches squirreled away over the years.  They were also robbed of their finery and jewelry. Women faced terrible depredations. The Rohila personally attended to Shah Alam – the emperor was tortured and blinded with needles. Ghulam Qadir later upped this by gouging out the Emperor’s eyeballs while an artist was forced to paint the scene. Twenty one members of the royal family died in the interregnum – some bodies remained unburied.

By October, the Maratha noose tightened, and Ghulam Qadir fled Delhi. The royal family was rescued and Shah Alam reinstated, despite being blind. The Marathas chased Ghulam Qadir and finally captured him in December. He was brought to Mathura and treated well for two months to convince him to produce the Mughal loot. The Emperor now wrote to Shinde, admonishing him for letting Ghulam Qadir live. He swore that if the Rohila was not punished immediately, he would abdicate and leave for Mecca. Shinde could have disobeyed the Emperor and co-opted Ghulam Qadir for his goals, but he was an honorable man and also technically the emperor’s servant. Ghulam Qadir’s eyes, nose and ears were cut off and sent to Delhi. Only after he felt this grisly gift in his hands did the emperor express closure. Ghulam Qadir was tortured to death and hanged in a spot reserved for robbers.

The prestige and power of the Mughals was lost irretrievably. Reduced to near penury, the emperors survived by borrowing and relying on pensions and charity. Mahadji Shinde would continue his impressive career till his death in 1794. Shah Alam held his meaningless title till his death in 1806, his pettiness and appetite for opium and debauchery undented. Following British triumph over the Marathas (1803), he immediately groveled to the new masters. A British officer described the scene: “The descendant of the great Akbar and Aurangzeb was found blind and aged, stripped of authority and reduced to poverty, seated under a small tattered canopy, the fragment of regal state and the mockery of human pride”. The sorry charade of Mughal authority ended in fire and sword in September 1857, and its withered husk in the form of the corpse of Bahadur Shah Zafar II was given a quiet burial in Rangoon five years later.

PS: This is my article in DNA published on May 26, 2019. Here’s the link to the original article.