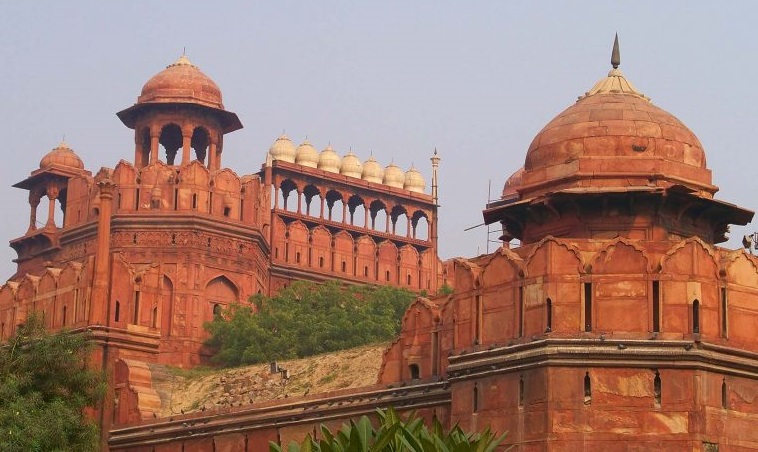 When Aurangzeb died a weary and broken man in Ahmednagar in 1707, the Mughal Empire had reached its greatest territorial extent. However, the financial ruin due to Aurangzeb’s wars, the grim foes raised by his inflexibility and zealotry, and the poisoned legacy he bequeathed were enough to shatter the once powerful empire. In the next 150 years, thirteen emperors reigned. These were lesser men, tossed around by powerful nobles and factions – and even by enemies old and new. After all, the name of the Mughal Badshah still had some utility and commanded respect across the subcontinent. This trilogy of articles is about Shah Alam II, ultimately the most wretched emperor of them all. If he sounds familiar it’s because he is the subject of that famous saying – “Sultanat-e-Shah Alam, Az Dilli ta Palam”. While the weak emperors before him had definitely caused the empire’s decline, it was during the long reign of Shah Alam II that Mughal power and prestige was irretrievably lost, after a brief glimmer of hope. While other emperors had been deposed, blinded or assassinated, Shah Alam suffered much greater horrors. He also suffered the ignominy of serially supplicating to Indian factions and the British. The imperial cities of Delhi and Agra were raided and looted multiple times. In the first part of the trilogy we look at this emperor’s rise from captivity and hardship. Next, we look at his efforts and machinations to rebuild the empire. The final part covers a horrific interregnum in 1788 and the ensuing total collapse of the Mughals.

Hidden away from the resplendent courts and palaces, the Red Fort housed a grimy slum called the “Salatin Quarters”. Here, hundreds of Mughal princes and princesses languished in pitiful conditions. These quarters had developed in the post-Aurangzeb era, a symbol of all what was wrong with political succession in the Mughal Empire. Any male of royal descent (and there were many of these!) could be propped up by powerful factions, leading to Civil War. To avoid this, all descendants of former Emperors were confined to the Salatin quarters and kept under close watch. As the prosperity of Mughal Empire declined, so did the budget for the already spartan quarters. It soon devolved into a squalid and overpopulated slum with no arrangements for education, nourishment and sanitation. Many princes and princesses went degenerate or mad in this dungeon. Shah Alam II, born Prince Ali Gauhar, son of Prince Azizuddin and grandson of Emperor Jahandar Shah, was born and raised in this bleak place.

Prince Azizuddin was imprisoned in the Salatin Quarters after his father was deposed and killed in 1714. The next forty years saw five emperors on the throne, four of these were deposed by powerful kingmakers. Unlike other princes in the Salatin quarters, Azizuddin did not lose his wits nor become degenerate; he focused on the scriptures. His son, Ali Gauhar, born in 1728, also turned out well. In 1754, Imad-ul-Mulk, the Empire’s Regent and virtual ruler, deposed and blinded the reigning emperor. He foisted the devout and ageing Azizuddin on the throne and crowned him as Alamgir II. Ali Gauhar went from a prince of the gutters to the Crown Prince overnight.

Alamgir II reigned till 1759, without much power, despite his efforts. His efforts to neutralize the powerful regent Imad-ul-Mulk caused a chain of events leading to the terrible interregnum that would finally ruin the Mughals years later. When the Afghan Emperor Ahmed Shah Durrani (Abdali) invaded India in 1757, Alamgir fled to the Punjab to ally with the invader to defeat Imad-ul-Mulk. The Rohila Afghans of the Ganga-Yamuna doab and Rohilkhand had served Alamgir so far. They however found a better leader in Emperor Abdali, a fellow Afghan, and gravitated towards him. Now, Imad-ul-Mulk invited the Marathas to “save the Emperor from the vile Afghans”. The Maratha forces surged forth and swept away all opposition, even reaching Peshawar. Imad-ul-Mulk established a good relationship with Raghunathrao and Sadashivrao “Bhau”, the Maratha commanders. The Rohilas retreated from Delhi and the Emperor fled to the Jat kingdom of Bharatpur; the Jats then sacked an undefended Delhi as payment. The Maratha army later occupied Delhi and sacked it again.

Alamgir II was forced to return to Delhi, under the baleful eyes of the regent: the emperor’s days were clearly numbered. Fearing for his life, Crown Prince Ali Gauhar made a daring escape to Awadh. The Nawab of Awadh, Shuja-ud-Daulah, gave him shelter. This angered Imad-ul-Mulk, who murdered Emperor Alamgir II and most of his family in November 1759. Imad-ul-Mulk and Bhau picked another wretched prince from the Salatin Quarters and crowned him as emperor Shah Jahan III. However, a few weeks later in Awadh, Prince Ali Gauhar was anointed Emperor Shah Alam II by his supporters.

PS: This is my article in DNA published on May 12, 2019. Here’s the link to the original article.